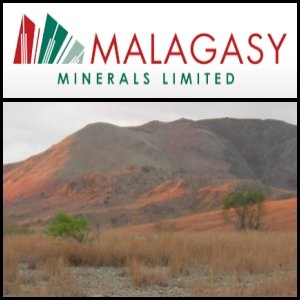 CVE:EGZ) Green Giant Project, where a combined Indicated and Inferred resource of 59.2 million tonnes grading 0.683% V2O5 was announced in late 2010. Targets generated from this programme will be either costeaned and/or drilled as appropriate.

ASX:ATI) has raised US$335 million through issuing senior secured notes to North American, Asian and European institutional investors. The funds raised will be used to complete construction and commissioning of Windimurra vanadium project in Western Australia, to acquire certain related assets, to retire the existing external debt and to provide further working capital. The Project is expected to commence production in the third quarter of calendar 2011, with a capacity of 5,700 tonnes per annum of contained vanadium and 1 million tonnes per annum of iron ore fines.

ASX:EMX) reported a 23% increase in the JORC compliant Inferred Mineral Resource for the Carley Bore Deposit, part of its 100%-owned Nyang Uranium Project in Western Australia. The updated resource comprises an Inferred Resource of 13 million tonnes at 320ppm U3O8 for 9.2Mlbs of contained U3O8. The Company has also established an increased Exploration Target of 15-25 Mlb of U3O8 at a grade of between 300 and 500ppm U3O8 for the Nyang Project.

ASX:SXY) has recommenced production from its Growler oil field on the western flank of the Cooper Basin and has mobilised a drill rig to commence its aggressive drilling program. In December 2010, the Company announced that it would construct an alternative access route to the Growler oil field during January 2011 so that access could be regained during February to commence exploration and development drilling, targeting significant increases to its oil production and reserves. 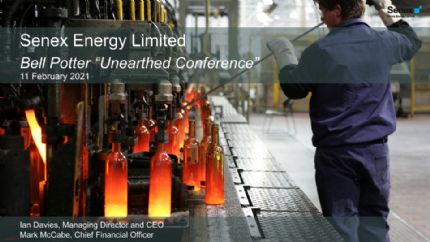