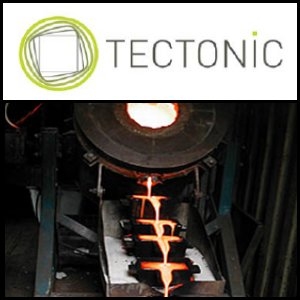 ASX:TTR) ("Tectonic" or "The Company") is pleased to announce the successful completion of the independent Definitive Feasibility Study (DFS) on its 100% owned Phillips River Project demonstrating a viable project, generating over A$1 billion in revenue and A$224 million (pretax) in net cash over a 10 year life of mine.

Managing Director Jason Stirbinskis said "The Company and Board are delighted by the positive outcome. It is important to acknowledge that the DFS only considers our Trilogy and Kundip operations and therefore provides a potentially robust strategic platform for Tectonic and our other deposits in the vicinity. The processing facility allows us to treat a very wide range of ores producing gold dore, copper concentrates and bulk sulphide concentrates. This flexibility of feed and output is the key as it is highly likely that any subsequent gold, copper or base metal discoveries within our highly prospective and considerable holdings in the region will be compatible with our plant. So not only does the DFS create a compelling project, any future discoveries are likely to enhance the economics without substantial additional plant expenditure.

We believe the Philips River Project will redefine Tectonic as an important gold and copper producer and will be one of the most significant projects in WA's southern region".

The company is currently establishing its 12 month strategic path which will include substantial effort directed to Phillips River development balanced against ambitious ongoing exploration.

Located on the south coast of Western Australia, the Phillips River Project (PRP) is between Hopetoun and Ravensthorpe, some 180km's due west of the sea port of Esperance.

The local economy is primarily geared to serving the agricultural industry. First Quantum (

PINK:FQVLF)'s Ravensthorpe Nickel Mine and Galaxy (

PINK:GALXF)'s Lithium mine are also active in the region. Tectonic has an exploration office located at the project site, an 88 room camp established in Ravensthorpe and other infrastructure located at its nearby decommissioned RAV 8 mine and processing facility.

The PRP comprises two mining regions approximately10kms apart. An open pit and subsequent underground mine and processing plant will be established at the Trilogy site which is on free hold farming land owned by Tectonic. Material from open pit and underground mining at Kundip (comprising Kaolin, Harbour View and Flag mines) will be transported to Trilogy for processing.

Trilogy is a sed-ex style base metal plus precious metal (Cu-Au-Ag-Pb-Zn) deposit hosted in Proterozoic graphitic shales. There are three closely spaced mineralised lodes which dip moderately to the east and range from 10 to 30m in width. The deposit has two primary styles of mineralisation; Cu-Au, and Cu-Au-Ag-Pb-Zn, which have distinct distribution and are visually apparent.

The Kundip gold project is comprised of three structurally controlled, narrow-vein style deposits hosted in Archaean intermediate volcanics. Mineralisation occurs as Au-Cu in typically 1 to 3m wide sulphide-quartz veins. Historic underground mining at Kundip was typically restricted to the high grades zones within the oxide horizon. These historic mines have now been extended in depth and along strike as a result of modern exploration.

The DFS has incorporated both open pit and underground mining at Trilogy and Kundip. Trilogy will be developed in the initial phase of the project, using conventional open pit mining methods. A small underground mine will follow at the completion of the open pit and will extract the remaining value in the Trilogy resource. During this phase, the Kundip mining operation, 10km to the north, will produce from open pits at Flag, Harbour View and Kaolin. These pits will be mined using the same style of equipment proposed for Trilogy. As the pits are completed, a small narrow vein underground mine will be developed below the base of each pit. Access to each underground will via portal and decline access near the base of the pit.

The Ore Reserve for Philips River was estimated in accordance with the 2004 Australasian Code for Reporting Exploration Results, Mineral Resources and Ore Reserves (the JORC code).

The mineralisation at both Trilogy and Kundip displays oxide, transitional and sulphide components, each requiring a similar process route but with slight modifications to optimise recovery. The level of base metal endowment in each category determines whether treatment is by flotation and leaching or leaching only.

The Trilogy process plant will use gravity, floatation and leach processes to create a variety of saleable products. Gold and silver bullion generated from the gravity and leach processes will be sold on the domestic market whereas, the concentrates produced by floatation will be containerised and transported by road to the Esperance port where they will be shipped to overseas markets.

The operations at Trilogy will be supported by an administration and maintenance facility located adjacent to the process plant. The Kundip mining operations will require a separate mining administration and workshop to be constructed in the second phase of the project. Ore mined from Kundip will be trucked to the process plant at Trilogy via a purpose built mine haul road.

In addition to these assets, an integrated waste landform will be constructed for the safe storage of waste rock and process plant tailings. A water storage facility will also be constructed to store ground water generated from the Trilogy pit dewatering bores and provide the process plant with an uninterrupted water supply.

The mining program will commence with the development of the Trilogy deposit. A six month pre-production phase will be undertaken to carry out the necessary earthworks for the site infrastructure. The pit will be mined as a three stage process to provide a constant supply of ore to the process plant. The Trilogy pit will be in operation for four years and has a life of mine strip ratio 4.9:1 (waste tonnes to ore tonnes).

During the fourth year of operation the Trilogy pit will be completed. During this phase, the Kundip operation will be established and development of the Trilogy underground will commence. Ore production from Kundip will commence with the mining of the Flag, Harbour View and Kaolin pits. These pits have a collective strip ratio of 9.8:1 and will supply the Trilogy plant with ore for a further five years. Supplemental ore will also be produced from the Kundip underground mines developed at the completion of each pit. The Harbour View underground will be a major contributor in this regard.

The Trilogy process plant has been designed to treat a nominal 800 ktpa. The plant comprises a crushing and grinding circuit, a gravity concentration circuit, a two stage sequential float circuit and a counter current decant circuit in combination with Sulphurdization Acidification Recycling and Thickening (SART) process. A Merrill Crowe circuit was selected for gold recovery from the pregnant solution because of its superior ability to cope with any residual silver in the pregnant solution as well as its simplicity of operation.

Other capital items include; the tailings storage incorporated as part of the integrated waste landform, a water storage facility and administration and workshops at Trilogy.

Both the Trilogy pit and underground will be mined under conventional contract arrangement with experienced Australian contractors. No major earthmoving plant will need to be purchased for the initial stages of the project.

The ore at Trilogy is close to surface. As such, no significant pre-strip will be required to enable the project to move into production. A pre-production phase will however be required for the earthworks to construct various installations such as the integrated waste landform and the water storage facility.

The mining operations at Kundip will require the construction of mine office and workshop. A dedicated haul road will be constructed between Kundip and Trilogy to enable ore to be transported to the Trilogy process plant. A service water pipeline will also be installed adjacent to the haul road which will enable surplus water to be transported between the two operations as required.

The open pits at Kundip will be mined under conventional contract. No major earthmoving plant will need to be purchased and capital expenditure will be limited to minor assets such as light vehicles, lighting towers and pit dewatering pumps.

The underground mines at Kundip will be managed and operated by Tectonic. A small fleet of underground mining equipment comprising of drills, loaders and trucks will be purchased to develop and stope the economic portions of the resource. Other minor assets such as ventilating fans and pumps will also be required.

The DFS financial models generate over A$1Billion in revenue of LOM based on current Reserves for a pre-Tax IRR of 26% and NPV of A$72.4.

The profile of payable metal over LOM reflects the progression through mining of ore domains and the transition from Trilogy to Kundip mines. Higher copper production in the first half of LOM results in considerable positive cashflows in early years to offset upfront capital demands. The transition to Kundip in year 6 sees a dramatic increase in gold production and corresponding drop in base metal production.

For the complete Tectonic Resources NL announcement including tables, please refer to the following link: 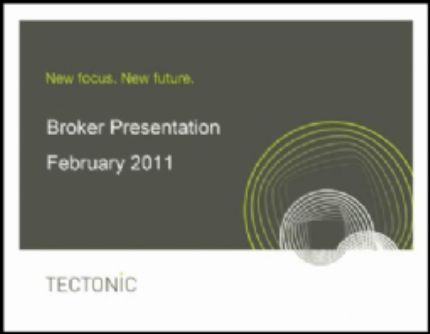