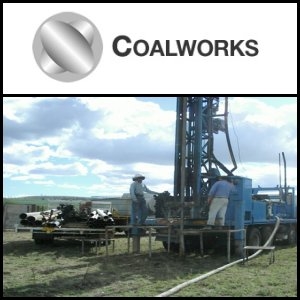 TYO:8001), for its Vickery South coking/thermal coal project. ITOCHU has spent initial A$5 Million to earn 29% of the Joint Venture interest. Coalworks has now initiated the measured drilling program at Vickery South, to support completion of Bankable Feasibility Study next year.

ASX:ICN) had signed separate Placement Agreements with three Chinese investors, injecting an additional A$5.9 million funds into the Company. The placements will assist the Company's key coal seam and shale gas operations onshore Queensland, South Australia and Victoria. They will also assist its connections in China as the Company continues to progress its commercialisation negotiations with Shenzhen SinoGas (

ASX:SEK) today announced that SEEK Asia, a newly formed subsidiary, has executed a share purchase agreement to acquire 60% of JobsDB, a leading online employment company with operations throughout South East Asia. The acquisition significantly enhances SEEK's investment in the highly strategic and attractive South East Asian online employment sector. SEEK is already a 22.4% shareholder in JobStreet Corporation. For the 12 months to 31 December 2010, JobsDB is expected to achieve revenue of HK$320 million and EBITDA of HK$120 million.

ASX:WEC) has exercised an option to acquire Cascade Coal Pty Limited for A$486 million plus assumed liabilities of A$14 million. Cascade owns the highly prospective Mt Penny Coal Project, located in the Western Coalfield of New South Wales. The project is expected to produce up to 3.8 million tonnes of saleable export quality thermal coal per annum initially, increasing to 6.5 million tonnes per annum, based on Cascade's conceptual development plans.