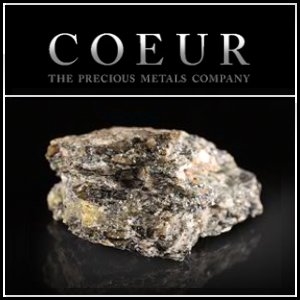 ASX:CXC) today announced that Coeur Alaska, Inc., a wholly owned subsidiary, has entered into a contract with Aurubis AG (ETR:NDA) for the treatment and refining of gold concentrates produced at Coeur's new Kensington gold mine. "Combined with the recently announced agreement with China National Gold Group Corporation, the sale of Kensington's gold concentrates are now secured by contracts with two first-class smelting and refining companies. We look forward to working with Aurubis and are delighted to enter into this important commercial relationship," said Mitchell J. Krebs, Chief Financial Officer of Coeur.

ASX:PBG) recovered to a full-year profit from a prior year loss as the clothing and shoe manufacturer said underlying revenue and earnings were likely to improve this year, Net profit was A$52.7 million for the 12 months ending June 30. PBG announced transformation initiatives of vast majority portfolio rationalisation, off-shore sourcing and cost reduction initiatives were completed, gross margins expected to improve in F11 due to portfolio rationalisation and off-shore sourcing and sales stabilisation underlying sales performance fuelling sustainable growth.

ASX:AJX) today announced that the Patents Registry for the Hong Kong Special Administrative Region, China has approved its application and issued Patent No. 07110131.2 for the company's "method of attachment of silicon-containing compounds to a surface". The announcement follows the successful UK patent grant earlier this year, "Asia's continued economic growth, its increasing dominance in manufacturing and its appetite for cleaner, sustainable, advanced technologies presents excellent opportunities for Alexium." commented Steve Ribich, CEO of Alexium.

ASX:IRD). Windarling Peak is a potential replication of the Windarling iron ore mine, approximately 85 kilometers north of Koolyanobbing. Exploration is likely to commence in the next month focused on locating near surface high grade haematite similar to that mined nearby. Access and infrastructure in the region is well established.