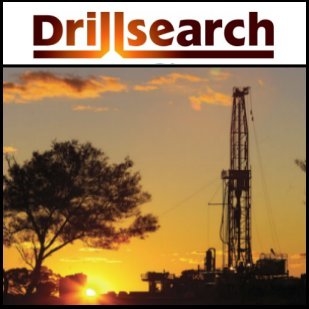 PINK:IMKPF) are pleased to announce that they have unanimously agreed to merge by way of Scheme of Arrangement (Scheme) and create the Cooper Basin's leading mid-tier oil and gas company, which will provide:

- A market capitalisation expected to be in excess of A$150 million providing Innamincka shareholders with the benefits of greater liquidity and through Drillsearch's membership, participation in the All Ordinaries Index.

- A leading position in quality oil and gas production, development and exploration permits and projects across the Cooper Basin.

- Existing commercial relationships with a strong JV partner in AGL to assist with the development of Cooper Basin gas commercialisation plans.

Significant upside potential from a focussed appraisal and development approach to the Flax and Juniper Tight Oil discoveries currently considered to be separate fields with OOIP of 70 mmbbls (gross); a combined accumulation has been estimated to potentially contain up to 170 mmbbls OOIP (gross) or 64 mmbbls OOIP (net).

"The merger of the two companies makes compelling strategic sense, bringing together two highly complementary Cooper Basin asset portfolios and it gives Innamincka shareholders exposure to a much larger conventional oil & gas project pipeline especially expanding shareholders' exposure to the prolific Western Flank Oil Fairway. The merger also gives Innamincka shareholders exposure to the significant unconventional resource potential of the Western Cooper and Central Cooper Unconventional Resource Projects identified by Drillsearch. The same technologies that Drillsearch is pursuing to unlock these resources can be deployed to appraise and develop the Flax/Juniper Tight Oil discoveries with their very large tight oil in place resources."

The merger is in line with our corporate strategy and adds significantly to our existing Cooper Basin portfolio strengthening both the New Oil business through increased exposure to the Western Flank Oil Fairway and our Wet Gas business with the addition of Innamincka's gas and liquids discoveries comprising significant 2P reserves and 2C Contingent Resources in the South Western and Central Cooper Basin.

The merger also importantly continues the development of our organisational capability to drive the development of our assets by the creation of a stronger technical and commercial group. Drillsearch continues to grow its capacity to deal with New Oil, Wet Gas and Unconventional Gas and Oil opportunities and make use of new technologies being successfully deployed overseas. This confirms Drillsearch's leading position in quality oil and gas production, development and exploration permits and projects across the Cooper Basin.

The merged group will have a quality diversified Cooper Basin portfolio with 2P Reserves of 4.2 mmboe including 2.2 mmbbls of liquids, combined oil production of over 300 bopd growing to 600 bopd with the commencement of production at the Chiton Oil Field.

The merged group will cement its position as the Cooper Basin's leading mid-tier oil and gas explorer with a substantial development project pipeline in the Western Cooper Gas & Liquids Project and with the Flax/Juniper Tight Oil Project. The merged group will also hold one of the largest positions in the Western Flank Oil Fairway with Beach Energy (

PINK:VPEMY) in PEL 182 (37.6%). The merged group will also hold a significant position in the Southern Margin Oil Fairway with the positions in the Tintaburra Block JV (11%) and ATP 543P (50% & operator) - both in 2 party joint ventures with Santos Limited (

The merged group will have improved financial strength to develop these projects and to accelerate exploration activities. The merged group will be headquartered in Sydney and Innamincka's Brisbane office will be maintained to increase the merged groups' access to technical personnel and resources growing in Queensland due to the rapid expansion of activity around the Queensland CSG projects.

As part of the Scheme, Drillsearch must appoint at least one Director (as nominated by Innamincka and agreed to by Drillsearch) to the Drillsearch Board of Directors on or before the Implementation Date (subject to the Scheme becoming effective).

The parties envisage that the Scheme will become effective in December 2010, based on the following indicative timetable:
A summary of the terms of the Merger Implementation Agreement is attached as Annexure A (see link at the bottom of the release).

Further details will be set out in the Scheme Booklet which is expected to be despatched to Innamincka shareholders in mid November 2010.

Drillsearch is advised by RFC Corporate Finance and Blake Dawson.

Norton Rose Australia is acting as legal adviser to Innamincka.

Innamincka Petroleum Limited, which listed on ASX in 2003 is a growing energy company, purposefully positioned with a balance of exploration and producing assets covering both on and off shore Australia. Innamincka has developed an extensive tenement portfolio with core assets in the Cooper/Eromanga Basin as well as the offshore Bass Basin and is actively partnered with some of Australia’s premier energy companies. The company’s headquarters are located in Brisbane, Australia.

For the complete Drillsearch Energy announcement including Key Terms Of The Merger Implementation Agreement, please refer to the following link:

Drillsearch Energy Limited (ASX:DLS) explores and develops conventional oil and gas projects. Drillsearch has a strategic spread of petroleum exploration and production acreage in Australia's most prolific onshore oil and gas province, the Cooper/ Eromanga Basins in South Australia and Queensland. The company's focus is on 'brownfields' exploration where geological risk is reduced and there is access to existing infrastructure, ensuring that any discoveries can be brought into production. The company also has offshore exploration interests in the Gippsland Basin and in PNG as well as oil & gas production interests in Canada.