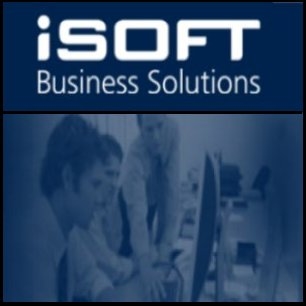 ASX:ISF), Australia's largest listed health information technology company has achieved a significant milestone with the 'go live' of the University Hospitals of Morecambe Bay NHS Trust, however delays in the rollout (which were beyond the control of iSOFT), uncertainty associated with the change in UK government and a weak European economic environment have created the need to clarify iSOFT's earnings outlook for the current fiscal year.

The 'go live' at Morecambe Bay, which occurred over the weekend of 29 to 31 May 2010, is a significant milestone as it represents a validation of the core underlying Lorenzo platform and the first implementation of Lorenzo Release 1.9 in a complex hospital environment.

At the same time, political uncertainty in the lead up to the recent UK election and the subsequent change in government, have together led to the deferral of decisions in relation to the English NPfiT program particularly for our partner Computer Sciences Corporation, Inc (

NYSE:CSC). For iSOFT, this has affected the timing and conclusion of negotiations surrounding the potential of an agreement with CSC in relation to the market opportunities in England and in particular the Southern cluster of English hospitals, as well as delays in milestone payments. The revenues associated with this agreement had been anticipated in fiscal 2010 and are now anticipated in fiscal 2011. However, as with any commercial negotiation, there is no certainty that revenues will ultimately flow.

Typically the Company earns disproportionately higher revenues in the final quarter of the fiscal year. The factors outlined above, which together with currency impacts as a result of the strong Australian dollar, have resulted in revised revenue, EBITDA and cash flow expectations for the period. Revenue for the 2010 fiscal year is being revised to the range of A$440m to A$455m. 2010 fiscal year EBITDA is likely to be in the range of A$45M - A$60M, before exceptional items. 2010 fiscal year operating cash flow has been impacted accordingly.