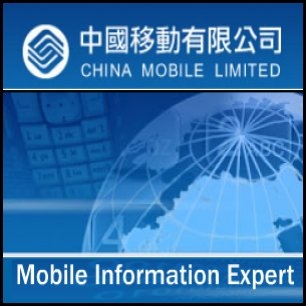 Shanghai Pudong Development Bank Co. (SHA:600000) confirmed that it has agreed to sell a 20 per cent stake to China Mobile Ltd. (HKG:0941) for 39.80 billion yuan, becoming its second largest shareholder.
Sydney, Mar 11, 2010 AEST (ABN Newswire) - Dow Jones Industrial Average was marginally higher overnight, supported by financial stocks. But material stocks were under pressure as commodities prices declined. Asian markets Wednesday closed mixed. Singapore market finished 0.8 per cent higher to their a seven-week high after a report showed that Singapore's economy was expected to grow 6.5 per cent in 2010. Japan's Nikkei 225 and Hong Kong's Hang Seng Index finished flat after moving between gains and losses during the session. South Korea's Kospi ended 0.1% higher. But China's Shanghai Composite snapped a three-day rise and fell 0.7 per cent ahead of the inflation data.

HKG:0267) swung to a net profit in 2009 after hefty losses on leveraged foreign-exchange contracts led to a huge net loss in 2008. It is also studying the issuance of a US$500 million 10-year U.S. dollar bond and has been restructuring its operations since the forex scandal in late 2008 hurt investor confidence. Citic pacific Chairman said he is optimistic about 2010 earnings, expecting solid demand for special steel fueled by rising construction of high-speed railway, subways and homes in China.

HKG:0293), reported that it returned to profit in the year ended December 2009, helped by better air cargo and passenger traffic, oil hedging gains, and the sale of part of its stake in Hong Kong Aircraft Engineering Co Ltd. (

TYO:4902) said it plans to spend 11 billion yen on boosting its capacity to produce glass substrates used in hard disk drives (HDDs), as it looks to close the gap on industry leader Hoya Corp (

TYO:7741). The company will set up a new production facility next to its existing plant in Malaysia to start output in October 2010.