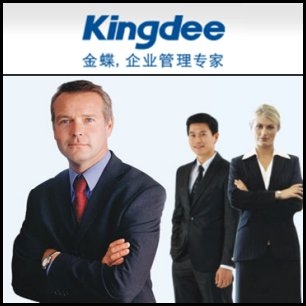 HKG:0268) aims to grow revenue five-fold in the next four years and become Asia's biggest software firm, its chief executive said. The company, which is competing with global giants SAP (ETR:SAP) and Oracle (

NASDAQ:ORCL), expects revenue could reach 5 billion yuan by the year 2013, and overseas clients can contribute more than 10 percent.

EPA:UG) confirmed Wednesday they are scrapping their capital alliance talks due to lingering adverse conditions in the auto industry. The two companies said in December that they were exploring capital ties. Now the two parties confirmed that they would seek to expand their partnership, but concluded that a capital alliance was not appropriate in the current circumstances.

HKG:0941), the world's biggest mobile operator by subscribers, has confirmed that it is in talks to buy a stake in mid-size lender Shanghai Pudong Development Bank Co. (

SHA:600000). This could lead to China Mobile's first major investment outside of its core business and help it to expand into mobile e-commerce. China Mobile said the negotiations for the proposed acquisition are nearing completion, but gave no details of the deal.

TPE:2409) said its board approved a plan to invest US$1.2 billion in a new flat-panel plant in eastern China. The company will apply for approval for the investment from Taiwan's Investment Commission as soon as possible. The plan comes after the Taiwan government eased restrictions on flat-panel makers' China-bound investment to help local makers better compete with larger rivals.