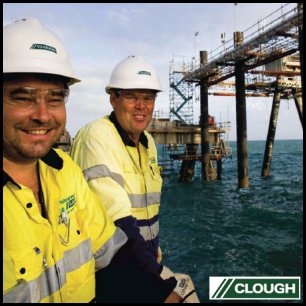 Clough Ltd (ASX:CLO) and Forge Group Ltd (ASX:FGE) said in a joint statement that the two companies will create a strategic alliance to jointly target project opportunities in the LNG/oil and gas sectors.
Sydney, Feb 25, 2010 AEST (ABN Newswire) - The Australian share market fell sharply Wednesday after led by mining giants BHP Billiton and Rio Tinto as metals prices dropped. The benchmark S&P/ASX200 index ended down 69.8 points, or 1.5 per cent, at 4648.5, while the broader All Ordinaries index lost 65.1 points, or 1.4 per cent, to 4665.9.

According to Australian Bureau of Statistics (ABS), private sector wages, excluding bonuses, rose 0.6 per cent in the December quarter, seasonally adjusted. The wage price index rose 2.9 per cent from a year earlier. The lower-than-expected increase reflected that the labour market remained subdued in the period. The data supports economists' view that the Reserve Bank of Australia should not raise the official interest rate next month.

ASX:FGE) said in a joint statement that the two companies will create a strategic alliance to jointly target project opportunities in the LNG/oil and gas sectors. Clough will take a controlling stake in Forge Group for up to A$98 million. Clough intends to invest approximately A$19.5 million in Forge via a 15 per cent share placement and make a proportional cash takeover offer at A$2.10 per share to Forge shareholders for 50 per cent of their shares in Forge. Clough will become a cornerstone shareholder in Forge with a potential shareholding of 31 per cent to 56.5 per cent, depending on offer acceptance level.

ASX:CRZ) net profit rose 51 per cent to A$19.06 million in the six months ended December 31 from A$12.62 million for the first half of last year. CEO and managing director Mr Greg Roebuck said the strong results were underpinned by the migration of both audience and advertising revenue to online, but also paralleled the recovery in the automotive sector. Based on current trends, carsales expects to beat its prospectus forecast for 2009/10 EBITDA of A$56.6 million by about 8 per cent.

ASX:MCC) posted a net profit of A$39.6 million for the six months ended Dec. 31 due to lower coal prices, compared to a profit of A$106.9 million a year earlier. The result was in line with guidance and market expectations. The company said it expects significant price hikes in the round of annual contract negotiations currently underway.

ASX:PBG) said net profit rose to A$22.2 million for the first half ended Dec. 31 as the group continues to implement a restructuring program that it sees bringing even greater benefits from 2011. This was up from a loss of A$150 million a year earlier. Pacific Brands said second half earnings before interest, tax and amortization before significant items will be higher than in the prior corresponding period.

ASX:GNC) reaffirmed its earnings guidance for the current fiscal year that earnings before interest, tax, depreciation and amortization for the year ending Sep. 30 in a range of A$180 million to A$210 million, up from an actual A$165 million last fiscal year.

ASX:AIO) has returned to profit in its first half with a net profit of A$79.1 million, up from a year ago loss of A$93.4 million. The company expects its full year earnings before interest, tax, depreciation and amortization to rise to be around the top of previous guidance of A$675 million-A$700 million, which compares with A$655.2 million last year.

ASX:GMG) recorded a loss of A$500.3 million for the six months to December 31 compared with A$465.9 million in the prior corresponding period. The company said the loss widened because the Australian property trust continues to write down the values of its investments. 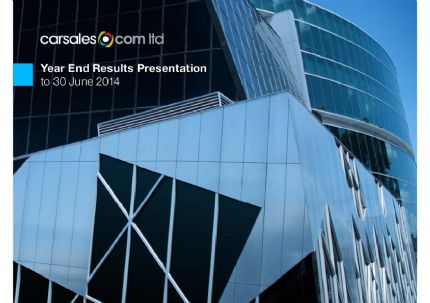