ASX:AXO) said that they have entered into a Utah Point Port Cooperation Agreement in relation to Aurox's port capacity allocation at the Utah Point port facility, currently being constructed by the Port Hedland Port Authority (PHPA). The execution of this port cooperation agreement will ensure Atlas' and Aurox's port capacity allocations at Utah Point are used to their maximum and in a highly efficient cost effective manner.

PINK:GALXF) moved a step closer to becoming a world player in lithium on Sunday as it marked the commencement of piling foundations for its Jiangsu Lithium Carbonate Project with a blessing ceremony on site. Galaxy's lithium carbonate facility would be constructed and completed within 2010, the Year of the Tiger.

ASX:CAP) announced an updated agreement with privately owned The Chairmen 1 Pty Ltd over its Hughenden Coal Project in Queensland's Galilee Basin, finalising the previously announced Term Sheet (ASX announcement 22nd Sept 2009). Under the agreement, The Chairmen 1 has acquired an 80 per cent stake in Carpentaria's wholly owned subsidiary FTB (Qld) Pty Ltd. Carpentaria has received an upfront payment of A$300,000 and The Chairmen 1 will manage and fund exploration through to definition of an Inferred Resource, for a maximum expenditure of up to A$2 million.

ASX:BKW) plans to expand its Wollert-based brick factory, increasing the capacity to 170 million standard brick equivalents (SBE) up from its design capacity of 85 million SBE. The expanded factory will set new productivity and energy efficiency benchmarks in Australia.

ASX:ISF) said it acquired Belgium-based health IT company UltraGenda BV for as much as A$16 million (EUR10.7 million) as part of the company's strategy of boosting its portfolio of innovative solutions and driving additional sales through bolt-on acquisitions. iSOFT Monday also announced two senior appointments to boost the company's global management team. Mr. Mike Jackman has been appointed Group Operations Director. Mr. Robert Miller has been appointed to the new position of President, North America.

ASX:HAV) Lilydale Iron Ore Project, following routine repairs and maintenance, the drilling rig has been mobilized to site to commence the 2010 drilling program. Drilling commenced on Sunday at the Lilydale iron ore project, where up to ten shallow percussion (RC) holes are planned. These holes are designed to test the core of the large coincident gravity and magnetic anomaly associated with a poorly exposed portion of the Braemar Iron Formation. 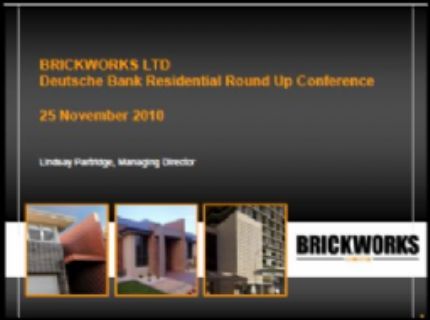 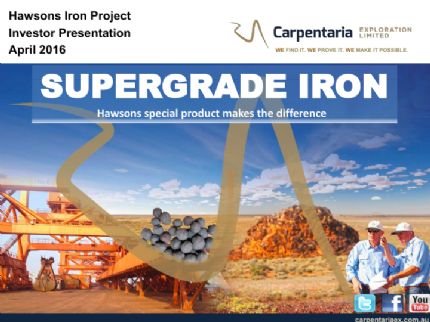 Supplementary Video Regarding the Quarterly 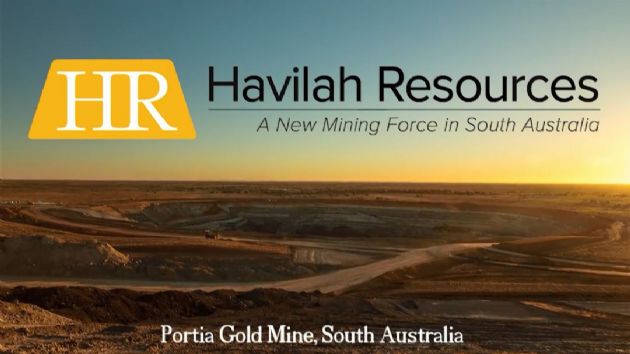