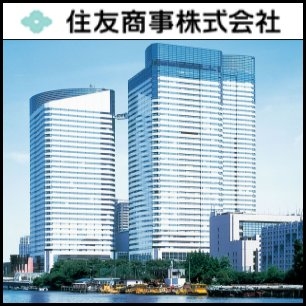 Sumitomo Corp (TYO:8053) said it will launch a 122.1 billion yen tender offer to raise its stake in cable TV company Jupiter Telecommunications Co. (JSD:4817) to 40 percent, in an effort to oppose KDDI Corp.'s (TYO:9433) bid to become the biggest shareholder in the cable TV company.
Sydney, Feb 16, 2010 AEST (ABN Newswire) - Asian shares declined in thin trade on Monday. Tokyo stocks fell on the pre-weekend fall on Wall Street and monetary tightening in China, despite a slightly better than expected gross domestic product figure in fourth quarter was released yesterday. Australian stocks Monday was also lower, weighed down by some disappointing earnings reports. There is no lead from Wall Street and major Asian markets including Shanghai, Hong Kong, Taiwan and Singapore are still in holiday break on Tuesday.

TYO:9433) bid to become the biggest shareholder in the cable TV company. Sumitomo holds about a 27 percent stake in Jupiter, known as J:Com. KDDI, Japan's No. 2 telecom carrier by subscribers and other measures, plans to acquire an effective stake of 31.1 pct in Jupiter on a voting rights basis and become its largest shareholder by buying Jupiter shares from U.S. media firm Liberty Global Inc (

TYO:4661), the operator of Tokyo Disney Resort theme parks, said it will buy back up to 26.09 billion yen worth of its own shares through an open tender offer, in response to Mitsui Fudosan Co. Ltd.'s (

TYO:8801) decision to sell part of its stake and improve shareholder rewards at the same time. Mitsui hasn't yet decided how much of its stake it will sell during the open offer period.

SEO:066570) plans to invest US$300 million over the next three years to build a plant in India, reported a South Korean media. The facility will be located at Chennai, in the south eastern part of India, and will produce handsets and televisions.

TYO:7211) is considering setting the price of its new fuel-efficient compact car at around 800,000 yen, below the roughly 1 million yen for the lowest-priced cars currently available on the market, according to sources close to the matter. The automaker is planning to build the car at low-cost plants in Thailand and China.

ASX:MQG) will start a physical oil trading business in Singapore to capitalise on the growing Asian oil market. The Australian bank already runs a global paper oil trading business. Macquarie Group's Energy Markets Division has hired a six-person team, which will be led by Steven Taylor.