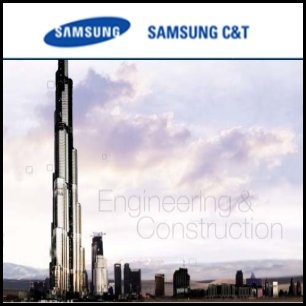 TYO:2503) and unlisted Suntory Holdings Ltd. decided to scrap their merger plan to create one of the world's biggest brewers with US$43 billion in annual sales. The two companies were unable to agree on merger ratio of the merged company. Kirin shares hit a five-month low after the brewery said that it has terminated merger negotiations with Suntory.

TYO:8473) said it will pull out of operations of the online insurer it has run with AXA Japan Holding Co., a unit in the AXA (

EPA:AXA) French financial services group. Meanwhile, SBI Holdings signed an agreement with AXA Japan to sell its 55 percent stake in the online insurer SBI AXA Life Insurance Co., thereby making AXA Japan the holder of a 95 percent stake, it said. SBI Holdings will book a one-off profit of 800 million yen in the business year to March 31 in tandem with the deal.

HKG:0939) has set its annual new loan quota for this year at 750 billion yuan and also set quotas for each quarter to meet the stricter regulatory requirements by the Chinese government, a person familiar with the situation said Monday. The annual quota represents a fall of around 20% from the more than 900 billion yuan worth of new loans CCB issued last year.

Singapore Telecommunications Ltd. (SIN:Z74) reported a net profit for the quarter ended Dec. 31 of S$990.7 million, compared with S$798.9 million a year earlier. The 24% rise in net profit was on the back of strong results from Indonesian associate PT Telkomsel and favorable foreign exchange rates. SingTel also retained its guidance issued in the previous quarter.

SEO:000835) has been awarded a S$1 billion contract to build Singapore's first liquefied natural gas (LNG) terminal, which is set to begin operations in the first half of 2013. The deal is to handle the engineering, procurement and construction (EPC) of the Jurong Island facility.