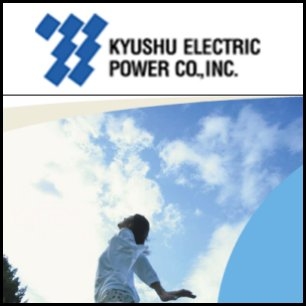 TYO:8053) expect to receive a EUR91 million order from Nord Stream AG to supply coated steel pipes for a natural gas pipeline connecting Russia and European countries. The pair has received an informal notice of awarding the contract from Nord Stream, a consortium formed by Gazprom OAO (

EPA:UG) said it was still in exploratory discussions with Mitsubishi Motors Corp. (

TYO:7211) to form a stronger partnership in response to reports that talks between the two automaker were nearly stalled due to valuation hurdles. Mitsubishi Motors also said a capital alliance is possible.

SEO:005380) is studying a possible entry into the low cost hatchback market in Brazil, the company said Tuesday. The company aims to build a new assembly line in Sao Paulo to manufacture automobiles that can compete with Volkswagen's Gol the Fiat's Palio in Brazil.

TYO:9508) has reached a basic agreement with Chevron Corp.(

NYSE:CVX) to take part in a project to tap and liquefy natural gas from a field in Wheatstone, northwest Australia. Kyushu will buy 300,000 tonnes a year of LNG from the Chevron-operated Gorgon project over 15 years and 700,000tpa of LNG from Wheatstone for up to 20 years. Kyushu Electric will acquire a 1.37 percent interest in the Wheatstone project.

Keppel Corp. (SIN:BN4), the world's biggest builder of oil rigs by output, said that its fourth-quarter net profit rose 30% on year, but warned that the group will find 2010 "challenging".

HKG:0939) plans to form a US$100 million auto financing unit with Banco Santander (

NYSE:STD) to tap into the rapidly growing car market in China, a source said on Tuesday. China Construction Bank and Santander will each hold a 50 percent stake in the joint venture, according to the source.

HKG:1398) said it expects to post a 15% rise in 2009 net profit, the slowest earnings growth in the past seven years, but didn't give a reason for the profit increase and didn't provide any exact figures for 2009's earnings.