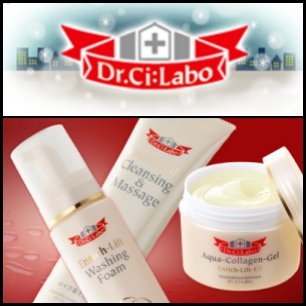 TYO:4924) said it aims to team up with a Chinese distributor by 2013 to make a full entry into the fast-growing Asian market. The company expects that demand from China will eventually lift its overseas sales ratio to around 20 percent from about 2 percent in the year that ended in July 2009.

TYO:7269) may refuse any approach by German carmaker Volkswagen AG (ETR:VOW) to raise its stake the take control of the Japanese auto maker, Suzuki's CEO said. The two companies recently formed a capital alliance to cooperate on production and development.

TYO:6141) will set up a factory in the US to supply high-precision metal processing machines to U.S. and European aircraft and automobile makers. The company is expected to spend 7-10 billion yen to build the factory, which will be located in either Davis, California, or near Chicago. Construction will start as early as spring 2011, with operations to begin around 2012.

HKG:3333) has set a final price guidance of 13 percent for its 5-year dollar bonds to raise US$750 million, becoming the first Asian high-yield corporate issuer to tap the international bond market this year. The proceeds will be used to fund Evergrande's land acquisitions, working capital requirements, and repayment of existing debt.

HKG:0390) said Friday it expected its 2009 net profit to increase more than 400% because of new projects under the government's national infrastructure development plan. The company posted a net profit of 1.12 billion yuan in 2008.

SEO:015760) has won a C$7 billion project from the government of Ontario to build a large wind and solar power generation complex in the Canadian province.