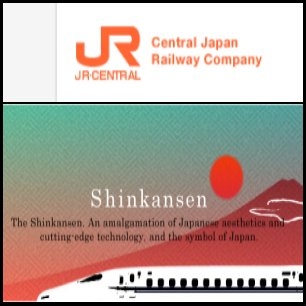 The commodities currencies such as Australian dollar were lower after China unexpectedly raised bank reserve requirements. The US dollar fell sharply against the yen but rose against high-yielding currencies on Wednesday.

SEO:028670), South Korea's No. 1 bulk carrier by sales, said Tuesday it plans US$203 million this year on six vessels despite uncertainties still lingering in the market. The company said it made the investment decision as bulk-carrying demand and breakup of old vessels are on the rise.

TYO:9022) surged on Tuesday, buoyed by the news that Japan Airlines Corp. (

TYO:9205) appears bound for bankruptcy and may delist. Analysts expect that passengers who travel between Tokyo and Osaka may chose trains over planes while the ailing carrier may cut domestic routes in its reconstruction plan.

NYSE:STP) solar panel is sold out through at least the second quarter of 2010 while demand for solar power products has rebounded after a difficult 2009. The Chinese company was basically in a sold-out situation in Q4 and in a sold-out situation at least through Q2, a company executive said on Tuesday. With stable prices for panels and efforts to cut other costs, the Suntech has maintained gross margins for its panels at about 20 percent.