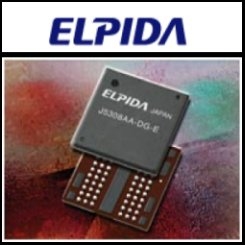 Appetite for riskier assets was boosted as investors remained upbeat about the global economic recovery. US dollar fell as the weak U.S. housing data indicated that the property market's recovery remains fragile.

TYO:8316), Japan's third largest bank by assets, is likely to raise about 800 billion yen by issuing common shares this month, said sources. This could be its second capital boost in this fiscal year. Japan's banks have been seeking opportunities to raise capital as global regulators will implement stricter capital requirements at financial institutions. In December, Japan's largest bank, Mitsubishi UFJ Financial Group Inc. (

TYO:8306) raised more than 1 trillion yen to strengthen its capital base.

SHA:601117) said Wednesday it plans to list its shares on the Shanghai Stock Exchange Thursday. The company raised 6.7 billion yuan last month through its initial public offering by selling 1.23 billion yuan-denominated A shares. The proceeds will be used to build an information system, buy equipment and supplement its working capital.

TYO:6665) and Taiwan's Powerchip Semiconductor Corp. (TPO:5346), plans an initial public offering in Taiwan this year. The company will also increase investment in more advanced production technology to US$380 million this year from US$200 million last year.

KUL:AIRASIA) have formed an alliance that would reduce costs, pool expertise and ultimately result in cheaper fares for both carriers. Both airline groups will also investigate opportunities for the joint procurement of aircraft.

TYO:7974) rose today after the company said sales of its Wii video game console in the United States hit a record high in December. Nintendo also said its DS handheld game player likely posted record sales in the United States in 2009, and total sales of the portable machine have reached 40 million units in Europe, becoming the top-selling video game hardware ever in the region.