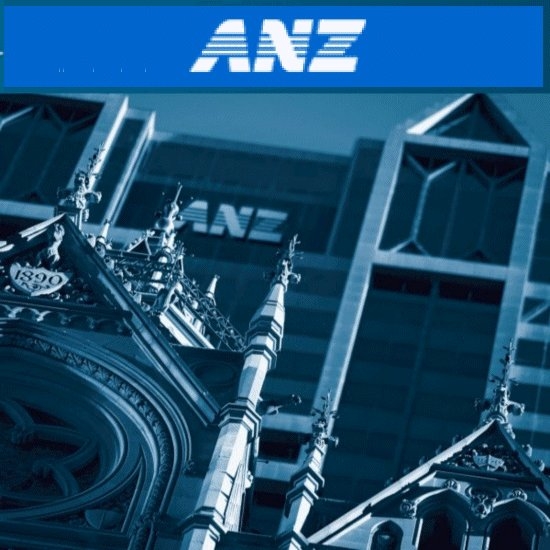 ANZ Bank (ASX:ANZ) has raised A$2.2 billion from its retail investors after initially seeking just A$350 million. The share plan, priced at $14.40, is the largest retail raising ever by an Australian corporate.
Sydney, July 10, 2009 AEST (ABN Newswire) - US stocks edged higher on Thursday. The market was still cautious before the release of more earnings reports, despite Alcoa kicked off the reporting season with a positive tone. Investors would be focused more on earnings forecasts of second half, but less on the bottom line figures.

The Australian shares closed flat Thursday as the market was awaiting more US corporate financial results. The benchmark S&P/ASX200 index fell 4.6 points, or 0.1 per cent, at 3763.3 points, while the broader All Ordinaries index also lost 4.6 points, or 0.1 per cent, to 3761.4 points. The market sentiment was buoyed by the better-than-expected jobs data released yesterday.

Australian Bureau of Statistics data showed that Australia's unemployment rate was a seasonally adjusted 5.8 per cent in June, up from 5.7 per cent in May. The jobless rate was better than economists forecasts of 5.9 per cent, but still reaching a six-year high.

Amcor Ltd (ASX:AMC) said in response to ASX query that it is currently in discussions with Rio Tinto (ASX:RIO) regarding the potential acquisition of part, but not all, of the Alcan Packaging businesses owned by Rio. Amcor said those discussions continue to be incomplete in nature, and there can be no assurance that any binding proposal or transaction will result from the discussions.

Consolidated Media (ASX:CMJ) shares continued to surge after a second share raid amid speculation James Packer could be prepared to sell out to Seven Network's (ASX:SEV) Kerry Stokes. Perpetual yesterday said it had cut its ConsMedia stake to 5.28 per cent from 10.64 per cent. James Packer has spent A$24.76 million buying 9.68 million shares in Consolidated Media Holdings over the past two days to increase his interest in the company.

ANZ Bank (ASX:ANZ) has raised A$2.2 billion from its retail investors after initially seeking just A$350 million. The share plan, priced at $14.40, is the largest retail raising ever by an Australian corporate.

Toy wholesaler Funtastic (ASX:FUN) continues reduce its debt after selling its manchester arm. Network Clothing Company will pay about A$1.4 million for the manchester net assets and up to another A$1 million for goodwill if certain undisclosed conditions are met by the end of the year. Funtastic has sold its unprofitable Footwear and Planet Fun (New Zealand) and apparel units last month, with the A$20 million proceeds earmarked to reduce group debt.

Macquarie DDR Trust (ASX:MDT) said it has entered into a binding agreement with joint venture partner, DDR, to redeem DDR's ownership interest in one of the three joint venture between MDT and DDR. DDR's direct and indirect ownership interest in the US LLC Joint Venture is approximately 14.5% and will be redeemed in exchange for two properties located in Atlanta and one in Tampa and a cash payment of US$1.6 million from DDR to the Trust.

Boart Longyear (ASX:BLY) said that it has formally mandated seven of its existing banks to refinance and extend the company's credit facilities in reduced amount. These facilities currently total US$850 million.