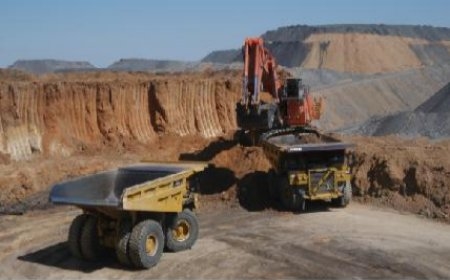 Rocklands Richfield Ltd (ASX:RCI) and China-based Sino-Global Shipping America Ltd (NASDAQ:SINO) have agreed to put their joint venture on hold. It is believed that a joint venture may still be beneficial to both companies and the joint venture be revisited again when financial and economic conditions improve.
Sydney, June 11, 2009 AEST (ABN Newswire) - Wall Street ended slightly lower as investors worried the strong commodities prices and rising interest rates could slow the economy recovery. Oil prices reached eight-month highs at above US$71 a barrel in New York.

The Australian shares Wednesday posted a strong gain boosted by miners and banks. The upbeat data on consumer confidence and housing finance also helped to lift the local market. The benchmark S&P/ASX200 index rose 89.5 points, or 2.27 per cent, to 4024.4, and the broader All Ordinaries index surged 82.7 points, or 2.1 per cent, at 4016.3.

The Australian Bureau of Statistics April housing finance data showed that new home loans increased by 0.9 per cent compared with the previous month. Of those loans, 28 per cent were taken out by first-home buyers, up from 27.3 per cent in March.

Australian earnings from exports of mineral and energy products slumped 18% to A$38.7 billion in the first quarter of 2009 from the fourth quarter last year, the Australian Bureau of Agricultural and Resource Economics said Thursday.

The Australian Bureau of Statistics today will release its labour force data for May. Unemployment figures are expected to show an increase in the jobless rate.

China Minmetals Non-Ferrous Metals Co. has raised its bid for assets of Australian miner OZ Minerals Ltd (ASX:OZL). by 16% to US$1.39 billion. OZ Minerals holds its annual general meeting Thursday for a shareholder vote to approve the deal. The renewed bid won the full endorsement of the OZ board.

Forestry company Gunns Ltd (ASX:GNS) is believed to be in talks for a takeover of timber projects run by its collapsed rival Timbercorp (ASX:TIM).

Mirvac Group (ASX:MGR) will sell more than A$200 million worth of development projects as it continues bolster its balance sheet. The company said the asset sales would be accelerated for the earmarked residential and commercial projects.

Crown Ltd. (ASX:CWN) said that it holds US$22 million of Fontainebleau Resorts LLC debt. Crown has written down its equity investment in Fontainebleau to zero as of Dec. 31. Fontainebleau Las Vegas, a US$3 billion resort project on the Las Vegas Strip, filed for bankruptcy-court protection in the U.S. late Tuesday.

Australian shopping-mall company Westfield Group (ASX:WDC) is offering US$1.3 billion to build a retail complex at the former World Trade Center site. Westfield confirmed that the cash offer was aimed at helping to break the impasse between the private developer Larry Silverstein, who has rights to develop three office towers on the site, and the Port Authority of New York and New Jersey, which owns the land.

Qantas (ASX:QAN) is expected to axe up to 240 technology jobs to slash costs in response to the global economic downturn. The carrier will outsource technology project delivery work.

Rocklands Richfield Ltd (ASX:RCI) and China-based Sino-Global Shipping America Ltd (NASDAQ:SINO) have agreed to put their joint venture on hold. It is believed that a joint venture may still be beneficial to both companies and the joint venture be revisited again when financial and economic conditions improve.