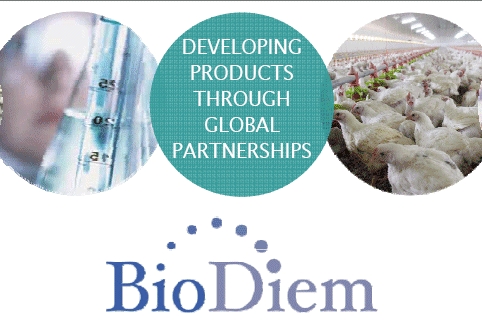 Australian pharmaceutical development company BioDiem Limited (ASX:BDM) announced today that its live attenuated influenza vaccine technology (LAIV) has been made available to the World Health Organization to support its Global Pandemic Influenza Action Plan for developing countries.
Sydney, May 25, 2009 AEST (ABN Newswire) - US stocks fell for a fourth day on Friday on investors' concerns about the US budget deficit. But Dow index was still up 0.1 per cent, the S&P 500 up 0.5 per cent and the Nasdaq up 0.7 per cent for the week.

The Australian share market ended lower on Friday, dragged by the big miners, as global demand worries hit the prices of oil and base metals. The benchmark S&P/ASX200 index fell 52.3 points, or 1.37 per cent, at 3,761.6, while the broader All Ordinaries index lost 49.3 points, or 1.3 per cent, to 3,755.4. Resources stocks are expected to gain as commodities prices were firmer. The Australian Securities and Investments Commission will lift a ban on covered short-selling of financial stocks effective from the opening of trade today.
Key Economic Facts and Figures

Market research firm Brandmanagement's survey showed that the average loan size for first-home buyers has risen by A$52,000, or 23 per cent, in the past two years. The report has found the average size of the loans rose by A$11,400 in the three months to February, after rising by A$18,100 in the three months to November. The result raised fears that government incentives for first home buyers are artificially inflating the market and the price of properties would collapse again.

Rio Tinto (ASX:RIO) was forced to withdraw its borates business from the market due to a lack of interest from buyers. The bids of US$750 million and US$1.1 billion reportedly received from China and private equity bidders were considered to be well below the company's "acceptable" value.

Casinos group Crown Ltd. (ASX:CWN) said that it will cut back offering its executive share plan to employees who aren't involved in the day-to-day operations of the company. There are currently around 11 million executive share plan shares on issue, held by 63 participants, but as a result of the partial closure, that number will drop to around 6.1 million shares, held by 31 employees.

Australia's Queensland state government is expected to sign off on Santos Ltd.'s (ASX:STO) environmental impact statement for its A$8 billion liquified natural gas project as early as next week. Santos has been asked to provide more information about its LNG project.

RCR Tomlinson Ltd (ASX:RCR), together with its joint venture partner Laing O'Rourke, said that a contract has been received from BHP Billiton (ASX:BHP) Iron Ore, for the design and construction of primary and secondary crushing facilities including overland conveyors.

Bluescope Steel (ASX:BSL) says a fire at its Western Port plant near Melbourne will cost it up to A$25 million. The main damage was contained to four pickle tanks and the roof of the building, with other equipment in the building largely untouched.