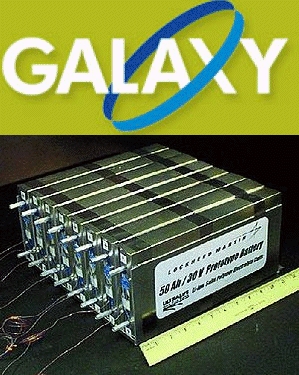 Galaxy (ASX:GXY) Lithium Supplier
Sydney, April 16, 2009 AEST (ABN Newswire) - Overnight Wall Street closed firmer as the US Federal Reserve's Beige Book report said activity in some sectors was stabilizing at a low level, although in general the recession deepened through early April. The report raised investor's optimism that economy recovery is on the way.

Yesterday the Australian shares closed slightly lower as falls in financial stocks overshadowed the gains in big miners. The benchmark S&P/ASX200 index was down 0.1%, or 5.4 points, at 3747.5, while the broad-market All Ordinaries index fell 0.1%, or 4 points, at 3693.9.

The Australian Bureau of Statistics (ABS) revealed the average Australian paid $16,401 in taxes to local, state and federal governments last financial year, a 36 per cent rise in five years.

AGL Energy (ASX:AGK) said it would not exercise an option to acquire the A$1billion worth coal seam gas operations and power station in Queensland from BG Group (LON:BG). AGL sold its 22 per cent stake in Queensland Gas to the BG last year and acquired options for two coal seam gas fields in Queensland.

It is reported that ANZ (ASX:ANZ) is in talks with Royal Bank of Scotland (LON:RBS) in buying the UK bank's Asian retail and commercial banking assets. Meanwhile, HSBC Holdings (NYSE:HBC) and Standard Chartered (LON:STAN) have also been considering bids for the assets.

Wesfarmers (ASX:WES) has sold its online medicines business Pharmacy Direct to the Terry White group in estimated value of A$15 million to A$20 million. The business was originally bought by Coles in 2006 for A$48 million, before the supermarket was acquired by Wesfarmers.

James Hardie Industries (ASX:JHX)(NYSE:JHX) said it had settled a tax dispute in the US. The US tax authority Internal Revenue Service has agreed to drop a $US49 million claim against the company. However, the building material company has not ruled out the potential of further claims from the IRS.

Coal & Allied Industries (ASX:CAN) says share of saleable coal production for the quarter of 2009 was 4.2million tonnes, 9 per cent lower than the corresponding period in 2008.

Rio Tinto (ASX:RIO) said its iron ore output fell 15 per cent in the first quarter, but the production was in line with reduced market demand and iron ore was further affected by heavy rains.

OneSteel (ASX:OST) has revised its net operating profit after tax guidance for the 2009 financial year to around A$200 million. The steelmaker is trading halt, pending an announcement in relation to a capital raising involving retail and institutional investors.

Timber company Gunns (ASX:GNS) says it will strike a deal with a joint venture partner for its A$2.2 billion Tasmanian pulp mill by the end of June. The construction at the Tamar Valley site will begin in six to nine months.

Emerging lithium producer, Galaxy Resources Limited (ASX:GXY) is pleased to announce that it has received Letters of Intent from potential off take partners from Europe, Japan and China for its total available production of Lithium Carbonate (17,000 tpa) commencing 2011.

Industrial technology company Savcor Group Limited (ASX:SAV) today confirmed that it has expanded the operations of its Advanced Rehabilitation Technology (ART) business into China and India. Savcor’s managing director Mr Hannu Savisalo says the ART business has the right teams in place in both markets and its immediate focus will be on marketing Savcor's range of advanced rehabilitation and structural monitoring technologies to potential customers in its core sectors.