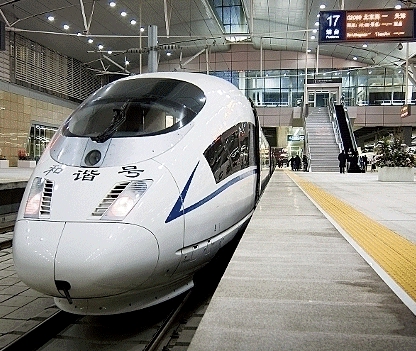 The China's Development Research Centre said the 4 trillion yuan stimulus package might contribute 1.5 to 1.9 per cent to the nation's economic growth this year. The spending would help the mainland realise its target of 8 per cent expansion this year.

The Hong Kong Monetary Authority confirmed on Monday it had injected HK$2.713 billion into its currency market late on Friday in New York as the Hong Kong dollar hit the top end of its trading range.

Singapore's former Prime Minister Lee Kuan Yew said the Singapore economy may take up to six years to recover in a worst-case scenario, as the country is export dependent. He also said that the optimistic scenario is two to three years.

China's Shimao Property Holdings (HKG:0813) said it is confident the company's sales will top 17 billion yuan this year, up 13 per cent from its previous target, saying it believes real estate market in China has bottomed out and buyers are returning to the market for discounted prices.

German carmaker Daimler (NYSE:DAI)( FRA:DAI) says Abu Dhabi's Aabar Investments (ABD:AABAR) is set to take a 9.1 per cent stake in the company with 1.95 billion euros. Aabar will become Daimler's largest single shareholder, following a capital hike by around 10 per cent with exclusion of subscription rights of existing shareholders.

Australian miner Straits Resources Ltd (ASX:SRL) will sell 19.5 percent of its stake in Singapore-listed coal miner Straits Asia Resources Ltd (SIN:AJ1) and salt assets to Thai energy firm PTT PCL in a deal worth about US$343 million, a source familiar with the deal said on Monday.

Analysts forecast China Telecom Corp (HKG:0728)(NYSE:CHA), China's largest fix-line operator, would deliver a 90 per cent fall in earnings when the results for last year are unveiled tomorrow. But it is anticipated that the group is poised to bounce back from the poor result after spending 66 billion yuan to acquire a CDMA mobile business from rival China Unicom (NYSE:CHU)(HKG:0762).

Mitsubishi UFJ Financial Group (TYO:8306)(NYSE:MTU), Japan's biggest bank created by merger of Mitsubishi Tokyo Financial Group and UFJ Group, said on Monday it plans to close 50 branches and cut 1,000 jobs to slim down its operations as a tumbling stock market depletes its earnings.

Nissan Motor Co. (TYO:7201) plans to release a high-end hybrid car in Japan and the U.S. in fiscal 2010, a move that would intensify competition in the promising green vehicle segment, says a Japanese media.

South Korea's Posco (SEO:005490) said Monday it expects an output cut of about 1 million metric tons in the second quarter due to maintenance work.