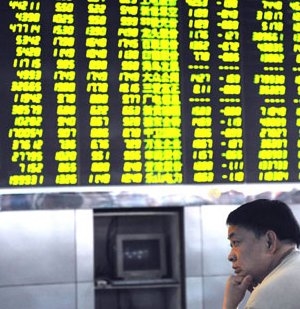 Tuesday Tokyo market opened significantly lower, slumping to a new low since the burst of the country's economic bubble in the early 1990s. Seoul shares fell below 1000 points, weighed down by the big losses on Wall Street and the weakness of won.

Japan's gross domestic product, excluding the impact of inflation, fell 1% in January according to data compiled Monday by the Japan Center for Economic Research.

South Korea Finance Minister said on Tuesday that the government plans to adjust property taxes further to stabilise the country's real estate markets, after data showed housing prices across the country fell for the fifth consecutive month in February from the previous month.

India's airline company Spicejet (BOM:500285) is considering acquiring a domestic low-cost carrier as it expected to break even next fiscal. Spicejet also said the company will dilute minority stake to a foreign carrier, aimed at achieving a "global footprint".

Taiwan's air carrier China Airlines Ltd. (TPE:2610) said Tuesday it plans to raise between NT$5 billion and NT$10 billion to reduce interest expenses and improve its finances through an offering of new shares.

Hong Kong based Hutchison Telecommunications International Ltd. (HKG:2332) said it is in advanced talks over a possible spinoff and separate listing of Hong Kong and Macau telecom businesses.

Toyota Motor Corp. (TYO:7203) expects its worldwide production to drop about 12% next fiscal year to the lowest volume in seven years. However analysts said Toyota's expected output cuts are in line with expectations.

Sekisui House Ltd. (TYO:1928) yesterday anticipated the group pretax profit will plunge 50% to 38.5 billion yen for the year ending January 2010, mainly due to declining sales of condominiums and waning demand for made-to-order houses.