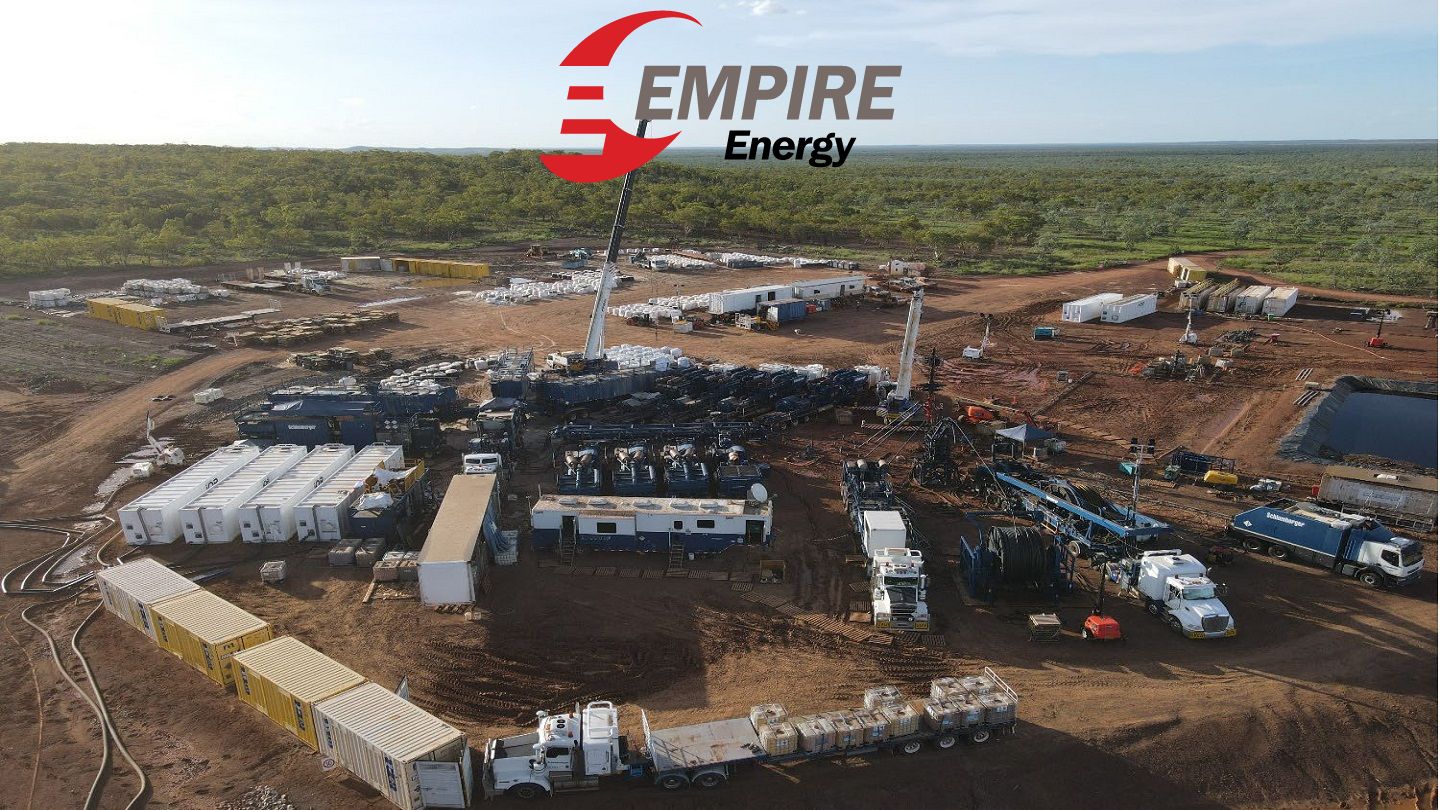 EEGUF:OTCMKTS) report that the Carpentaria-3H (C-3H) has been successfully stimulated, significantly below budget, delivering all 40 planned stages across 1,989 metres (6,526 feet) of horizontal well bore.

Flow back to commence imminently with gas flow rates expected in the coming weeks.

C-4V was drilled for $9.8 million including mobilisation, demobilisation, casing, cementing and formation evaluation, which exceeded the risked estimate by $0.8 million due to weather related delays.

Flow testing at C-3H will commence imminently, with initial gas flow rates expected in the coming weeks. Empire will then recommence flow testing on C-2H, following a period of shut-in to monitor pressure build up. C-4V has confirmed that the Velkerri shales continue through to the Carpentaria East fault block with consistent thickness and ~150 metres additional depth. We anticipate a significant uplift in independently assessed contingent resources later this Quarter.

These results further increase the team's confidence as we drive towards early commercialisation.

The strong cost performance of this program leaves Empire well-funded for the critical upcoming work required to make a Final Investment Decision."

Empire completed hydraulic stimulation operations at C-3H on 11 January 2023. 40 hydraulic stimulation stages were executed along an effective 1,989 metre (6,526 foot) section of the 2,632 metre (8,635 foot) horizontal wellbore. Of these 40 stages, 35 were executed in the B Shale target window along an effective 1,655 metre (5,430 foot) section. An additional 5 stages were executed in other intervals of lower mud gas over the remaining 334 metres (1,096 feet) to assess those intervals' deliverability. A total of 12.8 million lbs of proppant was placed averaging 319,000 lbs per stage and 1,956 lbs per foot along the wellbore. Leveraging the knowledge gained during C-2H operations, a selection of hydraulic stimulation fluids was utilised, specifically 16 Crosslink stages, 3 Slickwater stages and 21 hybrid (Slickwater and Crosslink) stages. Completion strategies were also further refined, including perforation technique, pumping plan and proppant concentration.

Wellbore clean out operations using coiled tubing have commenced, with flow back of hydraulic stimulation fluids to be undertaken shortly. Empire will then commence a 90-day Extended Production Test (EPT). Flowback and production testing will be managed to establish long term reservoir deliverability for future development planning and will be incorporated into the planning and design for the planned pilot project which aims to supply first commercial gas from the Beetaloo.

The forecast total cost for the C-3H hydraulic stimulation operations and EPT is $17.3 million, which is $3.6 million below the risked budget of $20.9 million. Empire has paid $8.9 million of the forecast total cost to date and the C-3H hydraulic stimulation operations are expected to benefit from grant proceeds under the Australian Government's Beetaloo Cooperative Drilling Program.

The vertical appraisal C-4V well, which commenced drilling on 15 December 2023, reached a total depth of 2,000 metres (6,562 feet) in 12 days on 27 December 2023. The well targeted and intersected the same stacked Velkerri Formation shales as the Carpentaria-1 (C-1) and Carpentaria-2 (C-2) wells. Following an extensive wireline formation evaluation program, that included rotary sidewall cores, the well was plugged back to surface casing for potential future horizontal development drilling. The drilling program concluded on 5 January 2023 and the rig has been released for demobilisation.

The thickness and depths of each of the target shales (A, B and C and hybrid Intra A/B) was as prognosed pre-drill, reconfirming Empire's subsurface modeling. Elevated mud gas was observed through the target shales as anticipated and as encountered in the C-1, C-2 / 2H and C-3H wells.

The intersected stacked shale sequences have demonstrated consistent thickness throughout the Carpentaria resource area of EP187, with the C-4V well intersecting moderately drier gas than C-1 and C-2 due to greater depth of burial. The shales are ~150 metres deeper than at the C-3H location, which will have a positive impact on gas storage and provide additional pressure support to drive enhanced gas flow rates in future development scenarios.

During the first quarter of 2023, Empire's technical team will further analyse well data to mature Prospective Resources to Contingent Resources in the Carpentaria East Area, where C-4V is located, and to advance resource characterisation for development planning. Empire will also source an updated independent resource assessment for EP187.

The forecast total cost for the drilling of C-4V as described above is $9.8 million which exceeded the risked estimate by $0.8 million due to weather related delays. Empire has paid $5.1 million of the forecast total cost to date and C-4V drilling is expected to benefit from grant proceeds under the Australian Government's Beetaloo Cooperative Drilling Program. The cost of C-4V access tracks and wellpad construction completed earlier in 2022 was $1.6 million which was $0.4 million under the risked budget. These access tracks and wellpad costs are once-off and several wells can be established on the wellpad in future development scenarios.

Notwithstanding a delay in the rig move between C-3H and C-4V due to wet weather, the combined C-3H and C-4V work program is forecast to be under risked budget by approximately $5.5 million. 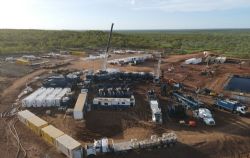 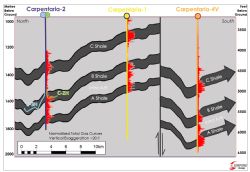 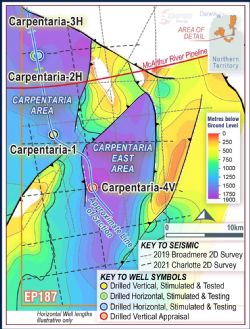 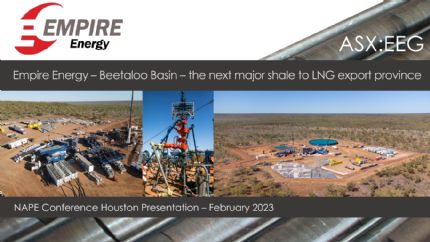