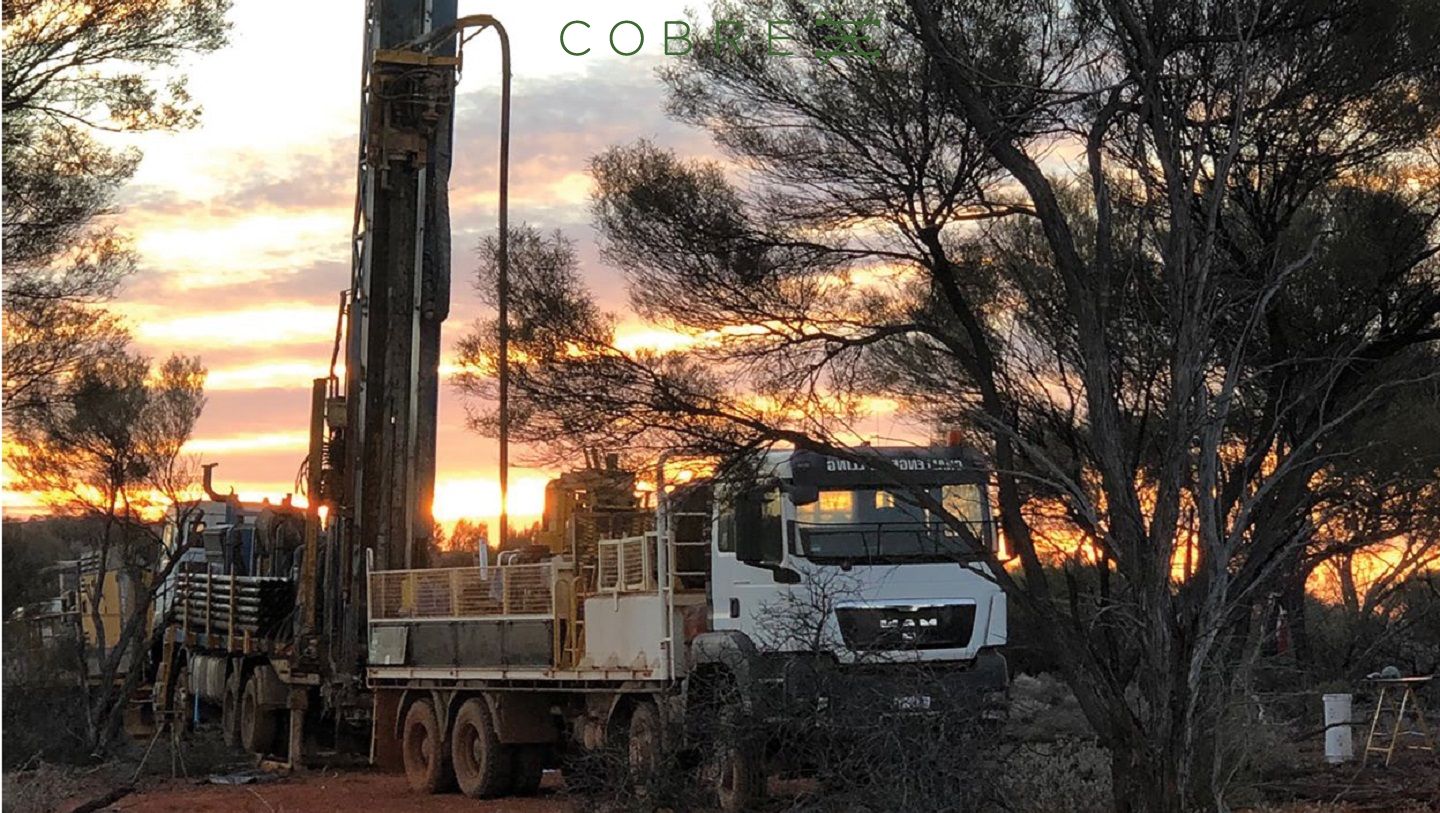 ASX:CBE) is pleased to announce the fifth intersection of copper mineralisation from its ongoing drill programme on Kalahari Metals Limited's (KML) NCP licenses. Drill hole NCP11-B targeted the vertical extension of anomalous mineralisation intersected in drill hole NCP08, which, along with drill holes NCP10, NCP09, NCP07 and TRD-14-16a , has delineated a compelling copper target with more than 4km of strike.

- The fifth diamond hole of the ongoing drill programme at the Ngami Copper Project (NCP) in the Kalahari Copper Belt (KCB), Botswana, has returned another significant copper intersection.

- Step-out drill hole NCP11-B was designed to test the vertical continuity of copper mineralisation intersected in NCP08 which, along with NCP07, NCP09, NCP10 and historical hole TRD14-16a, has defined a compelling >4km long copper target.

- In addition to the primary bedding and cleavage hosted intersection of chalcocite, several intersections of vein hosted bornite and chalcocite mineralisation have been observed.

- The intersection at NCP11-B demonstrates that significant visual copper mineralisation intersected in NCP08 continues vertically from ~65m (below cover) to more than 315m depth (intersection depth in NCP11-B).

- Infill drilling at 500m spacing on either side of NCP11-B is underway with a second drill rig scheduled to start in two weeks' time.

Commenting on the results from the fifth diamond drill hole at the NCP, Cobre Executive Chairman and Managing Director, Martin Holland, said:

"We're delighted with the results from the latest drill hole at NCP. This important hole confirms that mineralisation continues at depth as well as laterally along more than 4km of proven strike. Given the significant copper results and strong exploration potential of the project, the Company has mobilised a second drill rig to site with plans underway to deploy additional rigs to the project by year end in order to unlock this exciting copper discovery at Ngami."

Mineralisation consists primarily of fine-grained chalcocite which occurs as fracture-fill and along bedding planes, with larger 'blebs' in carbonate-quartz veins. In addition to the primary chalcocite dominated zone, several intersections of bornite and chalcocite have been noted in quartz-carbonate veins. Mineralisation is steeply dipping and partly overturned with evidence of gentle folding based on oriented structural measurements. Mineralisation is expected to sub-crop under approximately 65m of cover extending sub-vertically beyond 315m depth.

The ongoing drill programme is testing the first of 55 ranked targets across KML's extensive license holding, including 43 targets on the relatively unexplored northern margin of the KCB. KML has commenced with soil sampling programmes on both northern margin projects (NCP and Kitlanya West) with a view to advancing several of these targets for drill testing in the short to medium term.

As with the other drill holes in the programme, NCP11-B was designed to intersect mineralisation associated with the redox contact between oxidised Ngwako Pan Formation red beds and overlying reduced marine sedimentary rocks of the D'Kar Formation on the northern limb of an anticline structure.

The hole is located 54m northwest of NCP08 and tests for vertical continuity of encouraging copper mineralisation intersected in this hole. NCP11-B was drilled through a section of three to four steeply dipping upward coarsening cycles of D'Kar Formation siltstone to sandstones capped with marl units before intersecting the contact with the underlying Ngwako Pan Formation sandstones at 353.6m.

Mineralisation displays a zonation typical of KCB deposits, with a chalcocite dominant zone above the contact forming the primary intersection of interest, followed by several intersections of vein hosted bornite and chalcocite. A distinctive lead peak is noted in pXRF data approximately 75m up hole from the contact after which minor chalcopyrite (and chrysocolla) mineralisation is noted in quartzcarbonate veins.

Interestingly, structural measurements on oriented core indicate that a degree of folding along the contact is apparent. Having local structural complexity would provide trap-sites for higher-grade zones of mineralisation, a feature typical of many of the deposits in the KCB.

Visual mineralisation logs were confirmed with pXRF 1m composite samples which were taken by cutting a groove along the drill core and then analysing the composite powder with a pXRF. Results are illustrated graphically in Figure 2*. Plan and sections of drill hole NCP11-B and NCP08 are illustrated in Figure 3*. 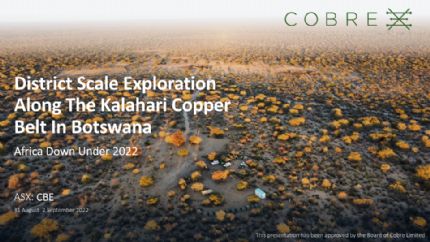