Advent is a strong supporter of plans for Net Zero by 2050 and sees the company playing a direct role in achieving that target, especially for New South Wales

The NSW Business Chamber 2019 report "Running On Empty "confirmed :-NSW imports 98 % its gas requirements from other states ,a constrained national gas market will see further price rises for every household and business in NSW and inaction on gas and energy security are now holding the future of businesses in NSW to ransom, threatening employment losses and reduced investment.In NSW an est. 300,000 jobs rely on gas supply with gas supplying around 1.3 million households and 33,000 businesses. NSW's manufacturing sector, which is approximately 84% of the state's Industrial gas load adds $33 billion in industry value. Without addressing NSW's looming gas shortfall these could be at risk.

The latest gas report from the ACCC has revealed that a supply shortfall in Australia's east coast gas market is increasingly likely and indicates a finely balanced supply outlook for 2022. However, as AEMO (Australian Energy Market Operator) has indicated in its 2021 Gas Statement of Opportunities (GSOO), Victorian gas fields are rapidly depleting. AEMO is forecasting an overall decline in Victoria's production of 43 per cent between 2021 to 2025.

The NSW Government 'Future of Gas Statement' released in 2021 recognizes that as part of the energy transition, gas from a mix of sources will play a role in supporting access to affordable energy and business growth within NSW and notes the east coast gas market could face a supply shortage as early as 2023.

The PEP11 gas project offshore Newcastle, if successful, could play a key role in meeting that supply shortfall.

The gas price spikes and shortages in the east Australian gas market occur when there is high demand during the Australian winter. This period coincides with summer demand in the northern hemisphere also spiking driven by increased power needs related to summer heatwaves. The converse applies in the northern winter.

World economies are now facing an energy supply crisis as current efforts are underway to move to a low carbon future with rapidly rising energy costs and supply shortages impacting households and economies across the globe.

International energy prices are increasingly setting east coast domestic prices, increasing the volatility in domestic gas prices. This has forced some manufacturers exposed to spot prices to the brink.

The importance of these factors was illustrated when the NSW and Australian Governments signed a 2020 MOU to jointly fund $2 Billion to increase energy supply and reduce emissions in NSW. This includes a specific target to bring an additional 70 PJ a year of gas into the NSW market by 2022.

Carbon Capture, Usage and Storage (CCUS) technology is one of the priority technologies in Australia's Technology Investment Roadmap. It has been identified by the IEA as the only large-scale mitigation option available that can deliver the additional CO2 emissions reductions that would be required to

meet the climate goals in 2050.The PEP11 project is the closest potential carbon storage area to the major Australian carbon sources which are in the order of 30% of the entire Australian CO2 output. Location is a key factor in carbon disposal with synergies greatest where industrial point sources are both near each other and a viable storage site.

Advent has submitted to the National Offshore Petroleum Titles Administrator (NOPTA) an application to enable the drilling of Seablue-1 approx.26 km SSE of Newcastle offshore NSW. The PEP11 Joint Venture proposes to proceed with the drilling of Seablue in 2022 subject to approvals from NOPTA and other regulatory authorities, and financing. The current permit expiry date is Feb. 2021. The permit remains in place and in good standing during the NOPTA review period. In preparation Advent has commenced rig tender and associated services tendering.

Advent also announced the appointment of Professor Peter Cook as an advisor on geosequestration for its project in the Offshore Sydney Basin. Professor Cook is an eminent Australian and international earth scientist and leader in the development and application of carbon capture and storage (CCS) technologies. Advent also made other key appointments including Mr. Andrew Hogan as Contracts Manager.

In Dec. 2020 Advent lodged an OIS with ASIC to raise up to $6.5 million. In Feb. 2021 BPH completed a $9m placement. The funds proposed to be invested by BPH will be used by Advent to progress well planning, engineering and environmental approvals for drilling of Seablue-1. It is planned that approx.$5.75 million of the capital raised will be used for this purpose. In addition, BPH confirmed intent for $0.5 million to increase its shareholding in Cortical Dynamics Ltd.

Considerable progress has been made in terms of further technical and corporate development of the Brain Anesthesia Response Monitor (BARM(TM)) and Cortical including pilot sales, personnel recruitment, regulatory approvals, industry recognition, clinical trials, potential strategic partnerships, and engagement with global key opinion leaders as outlined below.

Cortical 2020/2021 Milestones included the aappointments of Mr. Ashley Zimpel as CEO and Mr. Jamie Stanistreet to the Cortical Dynamics Industry Expert Advisory Committee. Jamie has over 40 years' experience in the Medical Device industry and was Vice President of Medtronic Australia.

In late 2020 BARM(TM) was awarded regulatory approval by the KFDA enabling Cortical to start pilot sales of BARM(TM) in South Korea.

Cortical also achieved a major milestone in its pathway to commercialisation in the USA when it filed an FDA 510(K) submission for BARM(TM).

The company provides early stage funding, project management and commercialisation strategies for a direct collaboration, a spin out company or to secure a license.

BPH provides funding for commercial strategies for proof of concept, research and product development, whilst the institutional partner provides infrastructure and the core scientific expertise. 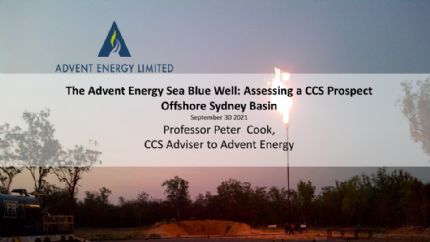