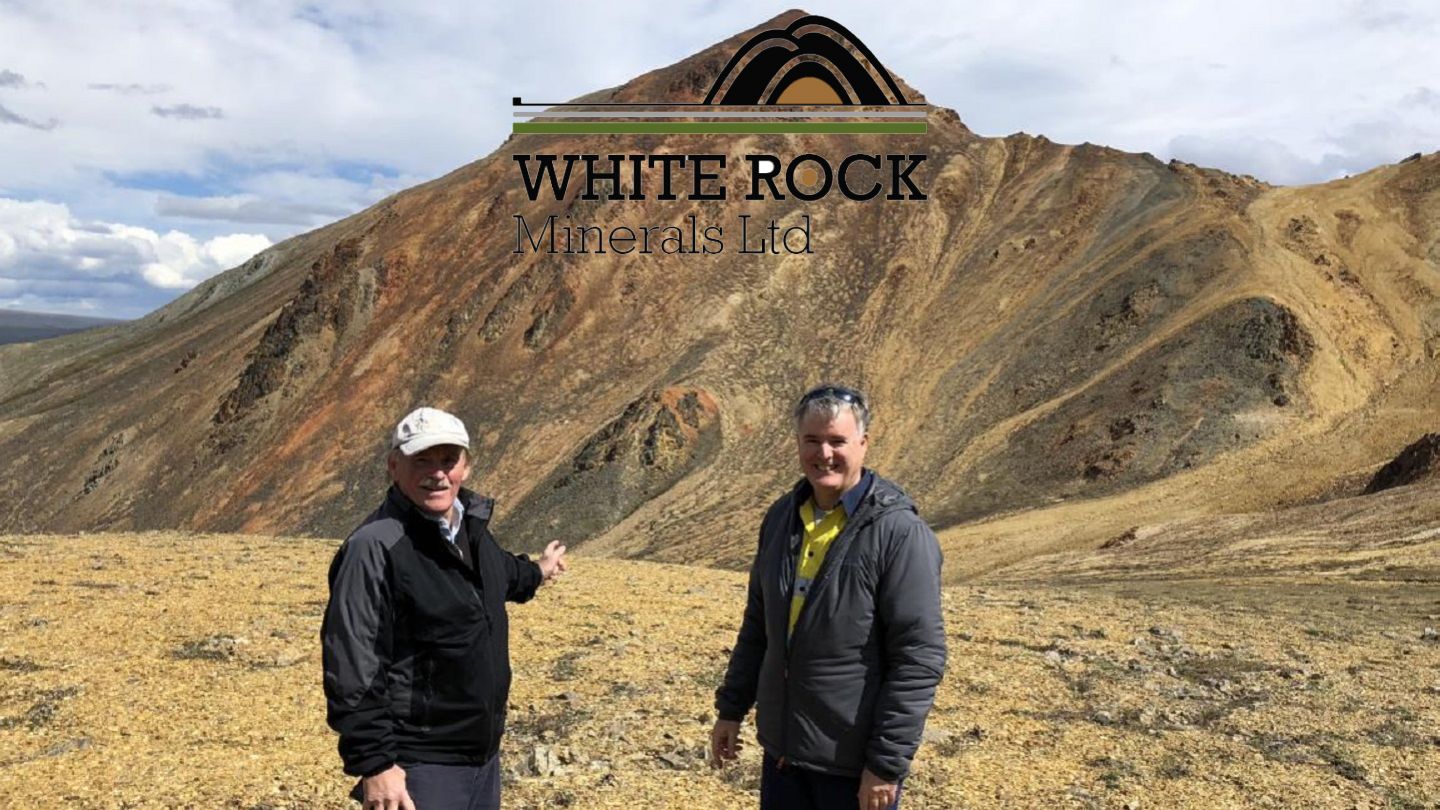 OTCMKTS:WRMCF) is pleased to provide shareholders with a significant update of results from prospecting activities conducted during the 2021 field season at the Company's 100% owned Red Mountain VMS and IRGS project. Assay results for rock chip float samples from the recently discovered Kiwi and Jack Frost prospects, located within the Company's newly identified Keevy VMS trend (Figure 3*), have confirmed high-grade copper (up to 16%), zinc (up to 14%) and lead (up to 20%) mineralisation with significant silver (up to 316g/t) and gold (up to 2.8g/t) mineralisation associated with the massive sulphides.

In addition, processing and modelling of a fixed loop electromagnetics geophysical survey acquired at the Kiwi prospect has identified a strong and discrete 400 metre long conductor, just 150 metres below the surface (Figure 2), proximal to the rock chip float samples, that is now a high priority target for immediate drill testing once field operations recommence in 2022.

"The White Rock exploration team continue to make what could be significant discoveries along the previously unknown 30-km long Keevy Trend. The exceptionally high-grade nature of recent surface samples indicates this corridor could host multiple VMS deposits of similar high-grade nature to White Rock's nearby Dry Creek and West Tundra Flats deposits. The presence of such high-grade massive sulphide mineralisation at surface, proximal to a significantly strong EM conductor signal, shows the strong potential for discovery at Kiwi. Successful application of effective geophysics at Kiwi illustrates a path to developing multiple new targets for drill testing along the exciting new Keevy Trend."

The Keevy VMS Trend was first identified in 2021 and White Rock moved quickly to expand its tenement land holding to capture this prospective VMS trend. The Company then commenced exploring this newly identified VMS trend during the 2021 field season after initial prospecting of stream sediment geochemical anomalies and SkyTEM geophysical conductors continued to find surface mineralisation at multiple prospect locations along a 30km long trend (Figure 3*).

The Kiwi prospect is defined by a 2,000 metre long lead-zinc soil anomaly trending east-west (Figure 4) and an offset trend of multiple chalcopyrite-rich massive sulphide boulders to the south, within an altered package of quartz-sericite-pyrite schists that are footwall to a conductive package of carbonaceous schists. Two drill holes were completed to test the bedrock source of the anomalism.

Drilling of KW21-01 concluded prior to forward modelling of the CSAMT data being completed. The drill hole stopped short of the upper conductor. Drilling of KW21-02 was completed subsequent to forward modelling of the CSAMT, with the drill hole extending through the lower conductivity target modelled. No source to the conductivity anomaly was intersected.

Post-season geophysical modelling of the FLEM survey has recently been completed. The model confirms the initial interpretation that there are two discrete conductors, and more importantly has identified a strong conductor along strike to the east of the two drill holes completed (Figure 6*). Significantly the discrete conductor is:

- Over 400 metres long striking east-west, dipping steeply to the north.

- Commences from 150 metres below surface.

- Has a strong conductivity thickness of 40 siemens, consistent with the potential to be a response related to chalcopyrite-rich massive sulphide mineralisation.

- Located in a down-dip position along strike to the east from the chalcopyrite-rich massive sulphide boulder train.

The Jack Frost prospect is defined by a 400-metre-long, west northwest trending lead-zinc soil anomaly (Figure 8*), coincident with a trend of exhalite-type altered rock float that includes massive sulphide float that is believed to be near its source. Hangingwall geology to the north comprises a conductive package of carbonaceous schists.

Drill hole JF21-01 was completed to test the bedrock source of the anomalism, intersecting a weak zone of pyrite-sphalerite-galena associated with faulting. No massive sulphide mineralisation was intersected. Assay results are awaited.

White Rock Minerals Ltd (ASX:WRM) (OTCMKTS:WRMCF) is a diversified explorer and near-stage producer, headquartered in Ballarat, Victoria. The Company's flagship exploration project is Red Mountain in central Alaska. At Red Mountain, there are already two high grade zinc - silver - gold - lead VMS deposits, with an Inferred Mineral Resource of 9.1 million tonnes @ 609g/t AgEq / 13% ZnEq. The Company is also exploring its recently discovered large intrusion related gold anomaly at Last Chance, also located in the Tintina gold belt of Alaska, home to multi-million gold ounce deposits like Pogo, Fort Knox and the Donlin Project. The Company also has the Mt Carrington project, located near Drake, in Northern NSW, which is a near-production precious metals asset with a resource of 341,000 ounces of gold and 23.2 million ounces of silver on an approved mining lease, and with a Gold First PFS and JORC Reserve. 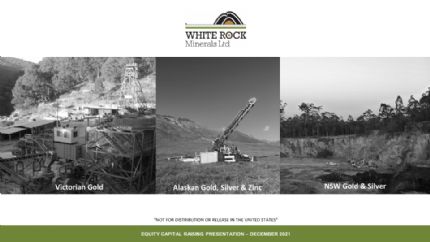