FRA:8EE) is pleased to announce the results of drill holes POD11 to POD13 and five channel samples (POCH12-16) which returned multiple intersections of zinc, lead and silver mineralisation from new drill locations in the Ponente area of the Gorno Mine.

"Ponente drilling and channel sampling continues to push out the extent of the mineralisation and it is very encouraging to see these high-grades and good thicknesses being defined with consistency. These results will flow into our upcoming Mineral Resource estimate (MRE), and with two drill rigs now in Ponente we will endeavour to complete coverage of the Ponente West area prior to the MRE data cut-off. However, Ponente remains wide open to the north, east and south with many exciting drilling targets, giving us significant additional growth potential post MRE."

Several of the drill holes were collared in mineralisation in the sidewalls of the drives and this mineralisation was channel sampled and the results aggregated with the drill hole intercepts to give a resultant total thickness. A combination of positive angled (up) drill holes at Pads D, E and F (POD11 to POD13), and channel sampling at drill collars and positions between the drill-holes returned several significant intersections including:

In this area the drilling and channel sampling results confirm a 10m average true thickness of mineralisation which extends from the first drill pad (Pad A) 125m to the south-east (Figure 1*). Geological and structural logging indicates a general dip to the SSE at approximately 5-10 degrees, and with slight undulations caused by N-S oriented mineralised structures (Figures 2 and 3*).

Highlighted mineral intervals, aggregated mineral widths, drill locations and drill results are listed variously in Tables 1 to 5*. This includes POD11, which was previously released on 21 April 2021. The selection criterion for Table 1 is where grade is greater than 0.5% Zn and the interval contains a maximum of two consecutive samples with grades less than or equal to 0.5% Zn. The attitude of the mineralisation is thought to be generally dipping to the south-east at approximately 5-10 degrees, with slight undulation caused by N-S mineralised structures. Some intersections may be biased and true width for these intersections will be confirmed once collar surveys, hole deviation surveys and geological modelling is finalised. Sections provided in the text show reasonably accurate depictions of the attitude of the mineralised horizons, and the angles of drill hole intercepts.

Alta Zinc Limited (ASX:AZI) (FRA:8EE) is an emerging ASX-listed exploration and development company focused on unlocking dormant value at the Gorno Project. Gorno is an historic high-grade zinc mine in industrialised Northern Italy, proximal to smelters and key infrastructure and with a track record of producing high quality clean concentrates to European Smelters.

Drilling of known brownfields high-grade targets is underway and aims to strengthen the current Resource inventory. Subsequent project development will leverage off the existing underground infrastructure, simple metallurgy and advanced technical studies to de-risk a future feasibility study. The Company also has a portfolio of other mineral exploration projects in northern Italy and Australia. 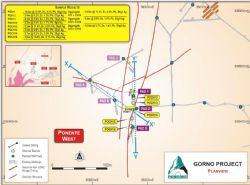 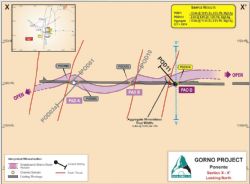 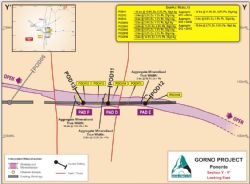 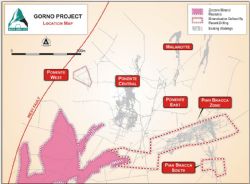