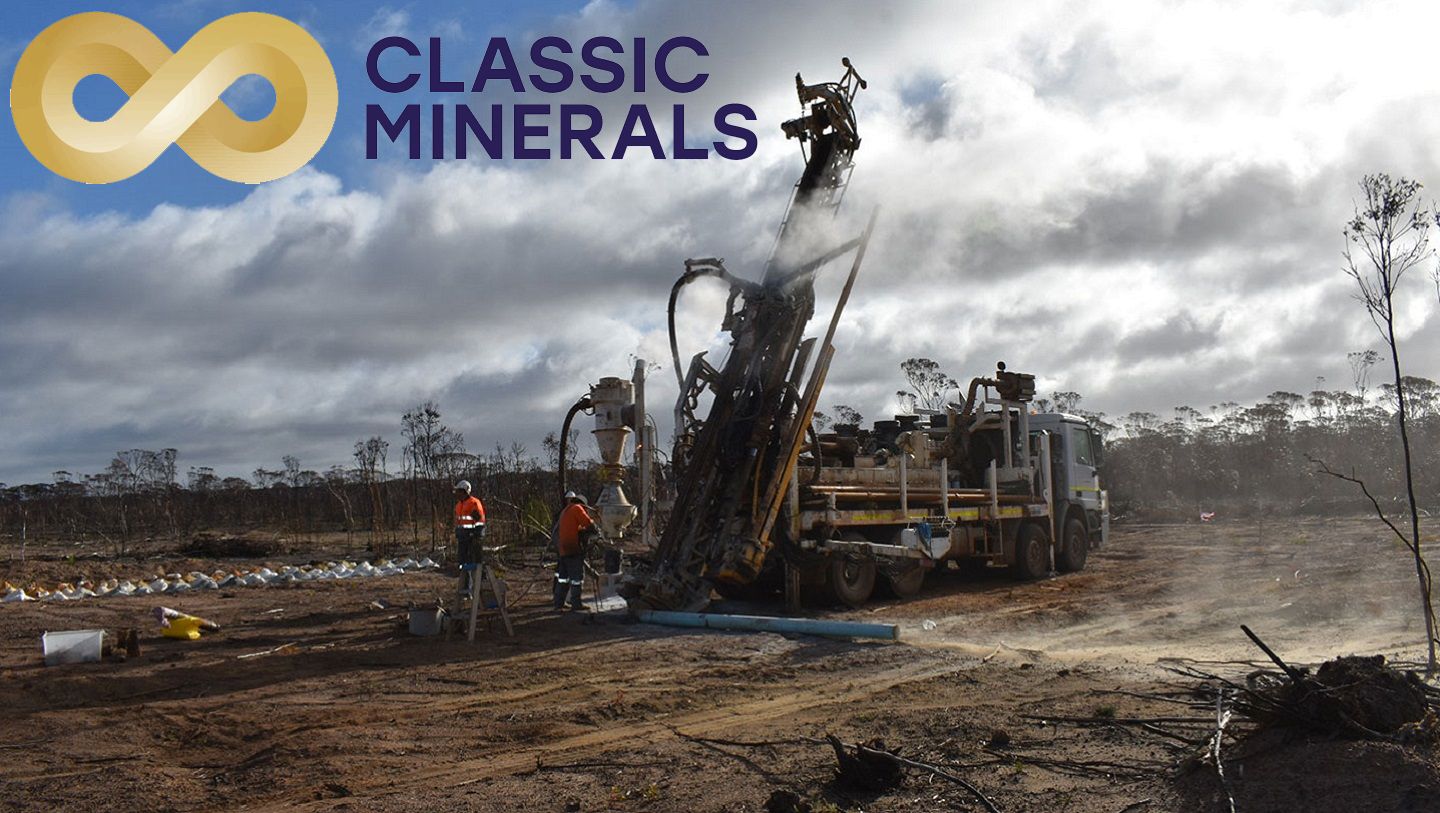 ASX:CLZ) is pleased to announce that it has started receiving assay results from its August - September RC drilling programs at its Forrestania Gold Project (FGP) in Western Australia. The Company has completed a total of 99 holes for 6,354 metres - 83 holes for 5,280 metres at Kat Gap, 13 holes for 834 metres at Tangerine Trees and 3 holes for 240 metres at Van Uden West.

Kat Gap is really shaping up nicely as a near surface high-grade gold deposit with so much remaining upside potential. We have been infill drilling solidly now for about 2 months and have drilled in excess of 80 holes covering some 400m of strike immediately north of the cross cutting Proterozoic dyke. The drilling program is necessary to bring the near surface parts of the inferred resource up to indicated status prior to final pit design work. We are still waiting on more than 60 holes totalling some 4,100 samples. The Labs have been totally run of their feet due to the surge in exploration activity throughout WA and have large backlogs of samples to process. It's all been a little nuts lately.

Tangerine Trees, which is located approximately 21km north-west of Kat Gap on the same granite-greenstone contact, is an old favourite of mine going back more than 20 years. We decided to follow-up on some old historical shallow RC and RAB drilling conducted back in the late 80's that had some interesting gold numbers. The results were encouraging delineating a consistent low angle structure gently dipping back to the east. The mineralisation looks just right with all the typical goodies you'd expect from Forrestania except the grade is a little on the low side. We just don't know yet where we are in the system. Hopefully more drilling will give us better results along strike, but I think with a little more patience we could be onto a winner.

Classic drilled 83 holes for 5,588m at Kat Gap during August and September with several short breaks due to bad weather. This announcement only covers 19 RC holes (FKGRC248 - 266) for 1,260m of the total 83 holes drilled. The remaining holes will be reported on in due course when assays become available.

Infill RC holes FKGRC248 - 266 are located 100m to 200m north along strike from the cross cutting Proterozoic dyke and form part of the much larger infill drilling pattern. The holes have been drilled on 20m x 10m and 10m x 10m grid spacings to bring the near surface parts of the inferred resource to indicated status prior to final pit design work. The total 83-hole infill RC drilling program covers an area 400m along strike to the north of the Proterozoic dyke.

The infill drilling is focused on testing the main granite-greenstone contact lode within the existing inferred resource to an average depth of 75m below surface.

Better results from these holes include:

Classic will be heading back to Kat Gap early in November to conduct deeper drilling down dip and down plunge of the current inferred resource. The program will entail drilling around 30-40 holes ranging in depth from 120m to 250m for approximately 4,000m.

Tangerine Trees forms part of the FGP and is located some 21km north-west of Kat Gap. It lies on the western margin of the Forrestania greenstone belt adjacent to the granite - greenstone contact similar in geological setting to Kat Gap (see figure 3). Classic drilled 13 RC holes FTTRC001-013 for 834m back in early August following up historical RC drill holes containing anomalous gold assays close to surface. The historical holes were completed back in the late 1980's. Classics recent drill results indicate a shallow east dipping shear system within footwall amphibolites containing intense biotite alteration and heavy silicification similar in style to other gold occurrences in the Forrestania area (see figure 4). Transported clays and sands around 4-5m thick cover the primary gold mineralisation making it difficult at this early stage to ascertain where we might be in the overall gold mineralisation system.

Classic postulated back in April 2018 that anomalous gold mineralisation identified in historic air-core drill hole FTBAC037 potentially represented an undiscovered gold zone shallowly dipping to the east. Drilling conducted by Classic back in April 2018 suggested this was the case with strong gold mineralisation intersected in RC holes VUWRC001 which returned 13m grading 0.41g/t and VUWRC002 which returned 12m grading 5.75g/t.

Recently Classic completed 3 RC holes for 240m (VUWRC003-005) following up on RC holes VUWRC001 and VUWRC002. Unfortunately, only narrow zones of anomalous gold mineralisation were intersected suggesting Classics original interpretation of shallow east dipping mineralisation was incorrect. It's quite possible the high-grade gold mineralisation intersected in the April 2018 drilling may well have an east-west strike similar to that of Lady Ada instead of the originally interpreted north-south strike. Further RC drilling will be required to test this new theory.

ABOUT THE FORRESTANIA GOLD PROJECT

Classic has a Global Mineral Resource of 8.24 Mt at 1.52 g/t for 403,906 ounces of gold, classified and reported in accordance with the JORC Code (2012), with a recent Scoping Study (see ASX Announcement released 2nd May 2017) suggesting both the technical and financial viability of the project. The current post- mining Mineral Resource for Lady Ada, Lady Magdalene and Kat Gap is tabulated below.

Additional technical detail on the Mineral Resource estimation is provided, further in the text below and in the JORC Table 1 as attached to ASX announcements dated 18th December 2019, 21st January 2020, and 20 April 2020.

Classic Minerals Ltd (ASX:CLZ) is an exploration and development company focused on gold deposits in Western Australia's famous Goldfields region. In March 2017, Classic acquired the Forrestania Gold Project, with seven tenements stretching across 450km2. Strategically located in a very prospective region, the FGP is an underexplored package surrounded by multimillion ounce deposits such as Bounty (2Moz) and Yilgarn Star (1.5Moz). 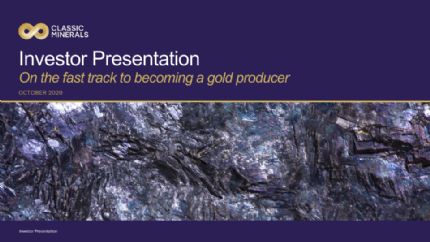