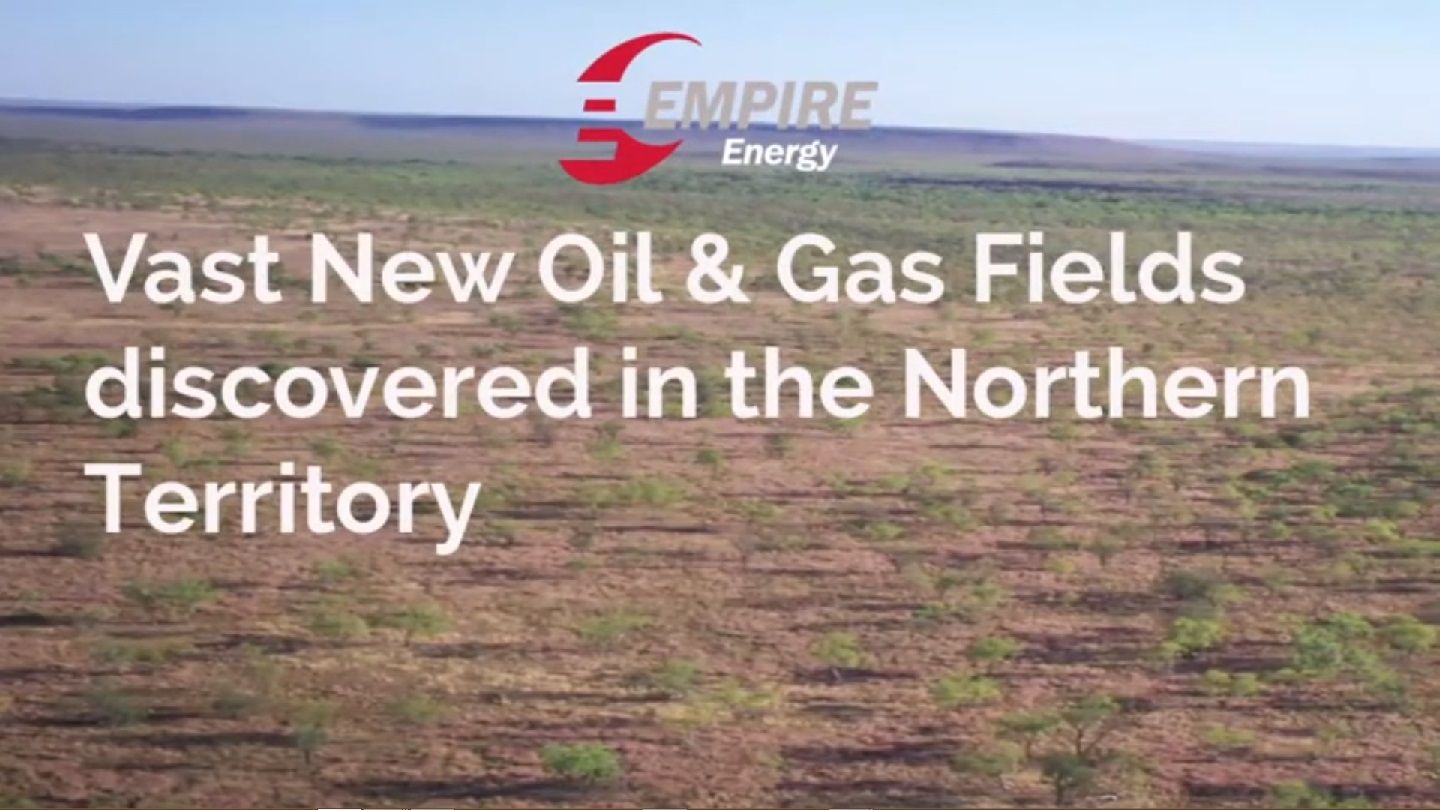 - The Velkerri Formation in Carpentaria-1 is nearly 1,000m thick

- The Velkerri Shale interval in EP187 is shallower than analogue wells in other parts of the Beetaloo Basin with equivalent thickness and gas shows, resulting in reduced drilling costs

- A shareholder briefing call will be conducted at 2pm AEDT today. Details can be found below.

We are delighted to announce that we have intersected liquids-rich gas across a thick and contiguous Velkerri Shale section in Carpentaria-1, Empire's first exploration well in its highly prospective Northern Territory petroleum acreage.

This result has pleased the Empire team. In the pre-drill planning we have worked with various seismic interpretations and our 'most likely' model was that we would encounter the Velkerri Shale at greater depth, and that it would tend to drier gas. This had been the experience of the wells drilled across the Beetaloo Basin that have targeted the Velkerri Shale.

The presence of high levels of associated gas liquids in the target shales is encouraging for future commercial production scenarios because high-value liquids from produced gas can significantly enhance economics.

The shallower depths at which we have intersected the Velkerri Shale will reduce development costs in future drilling programs.

We will now further appraise the Velkerri Shale sequences with an extensive formation evaluation program commencing within the week. Fracture stimulation and flow testing is scheduled for Q2 2021, which in the success case will allow Empire to book maiden contingent resources including higher value liquid hydrocarbons not previously expected.

The Velkerri Shale was intersected from 833m MD to 1,831m MD (top of the Upper Velkerri Shale to top of the Bessie Creek Sandstone). This was intersected at a shallower depth than pre-drill prognosis. Such a reinterpretation of stratigraphy is not uncommon in frontier exploration plays with sparse 2D seismic coverage. The nearest control well is more than 60km away.

Carpentaria-1 is located within a 40,000-acre (160 km2) fault block that Empire has defined as its Phase 1 Work Program Area. Preliminary post-drill interpretation of Empire's 2019 seismic data which can now be confidently tied to Carpentaria-1 well control demonstrates that Carpentaria-1 is located shallower within the fault block, which dips and deepens to the North West of Carpentaria-1. Given the relatively gentle dip, Empire anticipates that future drilling within the Phase 1 Work Program Area is likely to also encounter liquids rich gas across the Velkerri Formation target shales.

Given that Empire has intersected the target formations at shallower depths than initially predicted, we currently expect the final depth of the well will be reduced to ~2,200m MD, approximately 700m shallower that the pre-drill planned target depth.

Once the well reaches its final depth, an extensive formation evaluation program will be executed including logging, large diameter rotary sidewall coring and DFITs.

The well will then be cased, cemented, and suspended in preparation for re-entry after the Wet Season and the rig demobilised. The Empire team will continue preparing for the appraisal fracture stimulation and flow testing program in 2021.

Empire's Managing Director, Alex Underwood, will host a conference call at 2pm AEDT today to update shareholders, investors and analysts on the drilling program results to date and forward plan. For those who are unable to attend, a recording of the call will be made available on Empire's website.

Access to the conference call is available by clicking on this link:
https://webcast.openbriefing.com/6623/