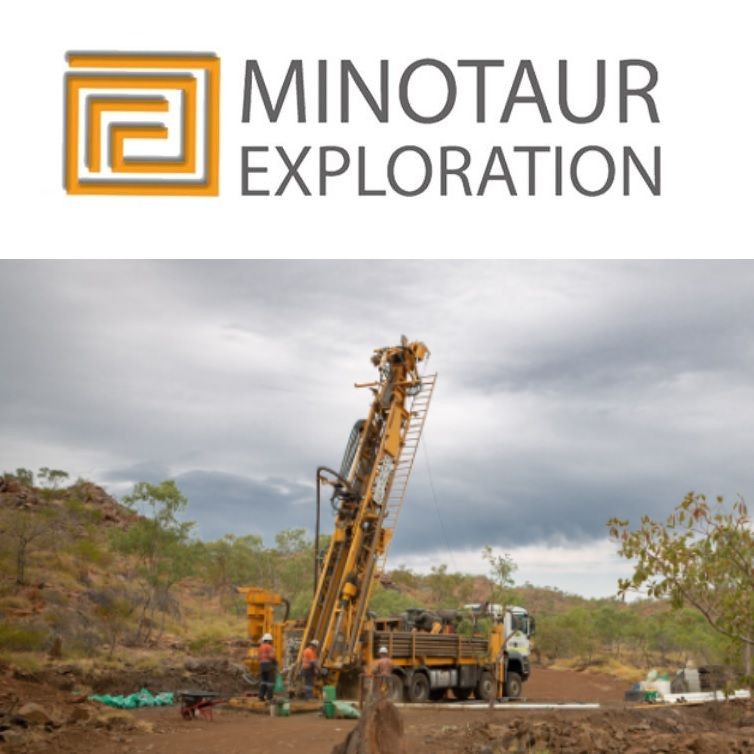 ASX:AVW) have signed a binding Terms Sheet under which, subject to it satisfying its due diligence requirements, Minotaur may acquire 100% ownership of the Pyramid tenement group located 180km south of Townsville (Figure 1*). The project, covering 150km2, embraces two main areas prospective for gold, being the West Pyramid Range and East Pyramid Range (Figure 2*).

- Minotaur to satisfy its Due Diligence within 60 days

Minotaur considers the West Pyramid area has potential to offer short-term exploration rewards building on historic work, including drilling, that defined several gold camps along 8km of fault corridor. Of note is the Gettysberg prospect where drilling outlined substantial gold mineralisation along +500m of strike. The East Pyramid Range is less advanced with only 9 holes drilled (none in the last +20 years) over an area 4km x 2km thought by Minotaur to offer potential for Intrusion Related Gold Systems (IRGS) similar in style to other well-known gold deposits in the district such as Mount Leyshon (+3.5Moz) and Mount Wright (+1Moz).

Past exploration at West Pyramid Range included soil and rock chip sampling outlining a very large surface gold anomaly around 8km long straddling a fault contact between the Drummond Basin (host to the Pajingo and Wirralie epithermal gold deposits) and older Anakie Inlier basement. Drilling focused on 5 main areas of gold anomalism at Sellheim, Gettysberg, Marrakesh, Dempseys and Pradesh (Figure 2*). The best gold mineralisation encountered was at Gettysberg where it occurs in a fault corridor within sericitic sandstone associated with arsenopyrite and as free gold in stylolitic/shear veinlets. Mineralisation was traced along +500m of strike, appears to plunge shallowly north and remains open down plunge/dip (Figure 3*).

Geochemical sampling over an area 4km x 2km outlined numerous areas of strong surface gold anomalism (Figure 2*). Mapping revealed these gold anomalies (and other associated element enrichment such as S, Bi and Sr) to be spatially associated with breccia, porphyry and, in some cases, interpreted leached caps. The leached caps could be highly weathered remnants of hydrothermal alteration and sulphide products associated with IRGS mineralisation given their spatial association with surface gold anomalism and proximity to breccia and porphyry intrusive rocks. 9 holes were drilled within the broader area more than 20 years ago and prior to systematic soil sampling. Detailed soil sampling by the current owner indicates areas of surface gold anomalism have not been adequately drill tested.

Gettysberg is an obvious target worthy of further investigation given strong gold intercepts reported from previous drilling and evidence that mineralisation is open along strike and down dip/plunge. Minotaur will utilise the due diligence period to assess the best way to progress exploration over the West Pyramid Range gold system, particularly at Gettysberg. For the East Pyramid Range it appears the next logical step is to conduct ground penetrating IP/resistivity geophysics to determine if sulphides are developed at depth below/adjacent the interpreted leached caps, possibly associated with IRGS type gold mineralisation, to assist drill targeting at depth.

Minotaur will make an Option fee payment of $25,000 to Avira Resources for a 60 day Exclusivity period in which to complete its due diligence, in satisfaction of which the parties will enter into the proposed Sale and Purchase Agreement (S&PA). Under the S&PA Minotaur will commit to pay $150,000 cash (including the Option fee paid) and allot $150,000 in MEP shares (based on a 5 day VWAP) in return for final transfer of titles. On Minotaur's publication of a JORC Resource of at least 25,000 oz Au grading not less than 1.8g/t Au Minotaur will pay $150,000 cash, otherwise within 24 months of Completion Minotaur will allot a further $150,000 in MEP shares. A 1.5% NSR will apply to the first 50,000oz Au produced.

The Company is governed by a Board of Directors according to Australian Corporate law and the Listing Rules of the ASX. Minotaur specialises in application of innovative geophysical techniques to locate virgin mineralisation deep below the surface. Often, economic mineral deposits are contained within basement rocks, buried below several hundred metres of transported cover (overburden) and cannot be located through conventional surface exploration methods such as soil sampling, geochemical assays and drilling. Minotaur's remote sensing and interpretative approach has proven very successful, time and time again.

The directors and management of Minotaur each have over 30 years of exploration, mining and mineral resource experience and are eminently qualified in their respective fields of expertise. Under their direction, Minotaur has earned a strong reputation for technical excellence and a high profile within the Australian resources sector. Minotaur's share register comprises 3500 shareholders.

Minotaur is actively exploring IOCG style targets in Australia, where geophysics have identified numerous sub-surface anomalies prospective for copper-gold mineralisation and other targets prospective for base metals such as zinc, lead, copper. 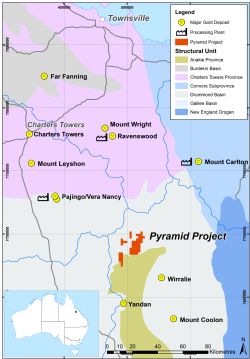 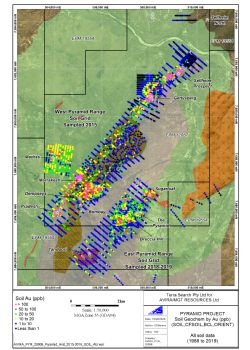