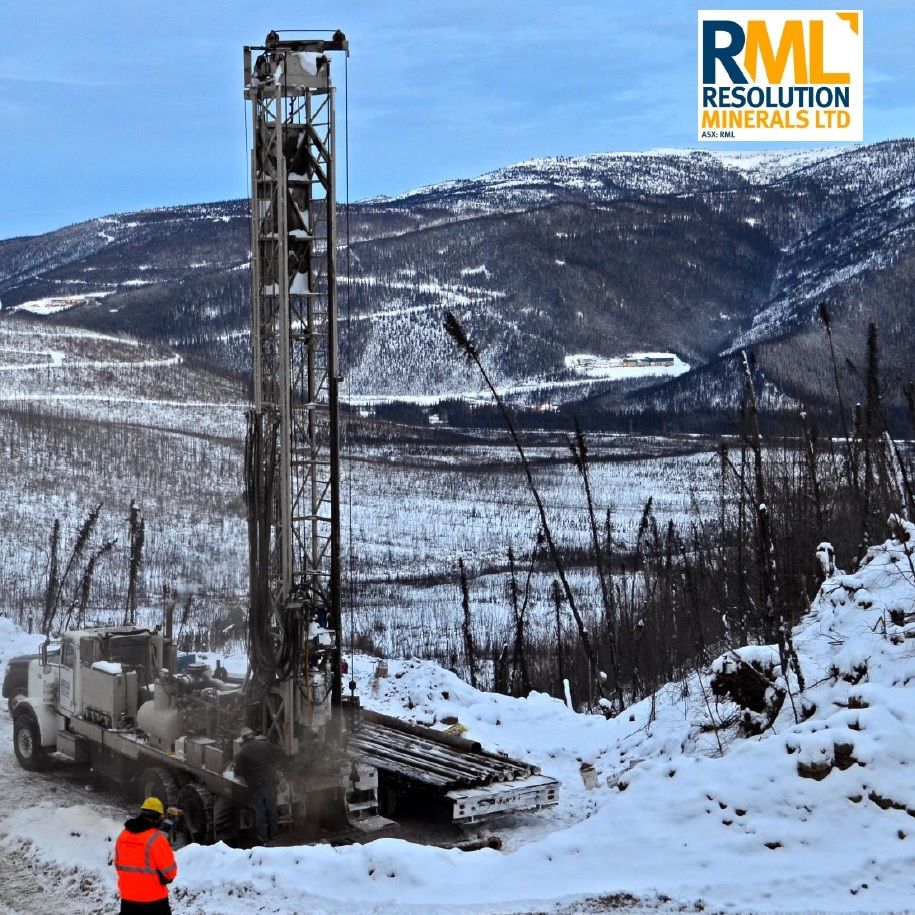 ASX:RML) is pleased to provide an update on the second phase of drilling for 2020 is well underway at the compelling Aurora Prospect, West Pogo Block adjacent to Northern Star's Pogo Gold Mine, Alaska. The first hole was completed on 23 June 2020 to a depth of 615m on Target A6 (Hole ID: 20AU003).

The hole intersected the targeted rock type, a paragneiss, which is the same host rock as the Pogo Gold Mine and validated the CSAMT survey data used in targeting the remainder of the holes in this drilling campaign. The drilling was extended beyond the planned depth to adequately test a shear zone intersected at 585m depth.

The drill rig has now moved to Target A13NE and will continue to test targets as outlined on Figure 5*.

A decision to complete hole 20AU002 (partially completed in March 2020 before travel restrictions) will be made subject to results from the just completed hole, 20AU003. The geology team is continuing to assess all new results to optimise drill hole locations and maximise use of funds.

Further planned holes A14, A7SSW, A10 A8 on the Aurora Prospect are outlined on Figure 5, and will be tested in order of priority and re-ranking, as results come to hand from ongoing drilling operations. Drill targeting is undertaken by the 64North Project technical team, comprising of Resolution Minerals and project partner Millrock Resources geoscientists and consultants.

The next drill target, A13NE will test a deeper conductor at 400m-800m depth, which is alongside an interpreted vertical feeder vein. This vertical feeder is likely to be the conduit of mineralised fluids from depth and the source of the high grade rock chips up to 13.85 g/t Au at surface at the "Half Ounce Gulch" gold occurrence. Our exploration targeting model is illustrated on the Pogo Style Mineralisation Model (Figure 3*). Historic drill holes MR12-01 azimuth 153deg and MR12-02 azimuth 94deg drilled at a 45deg dip and intersected narrow gold veins up to 1.71g/t Au but did not test the deeper flat lying conductive horizon. RML interprets this conductor to be the same host rock as Pogo (paragneiss) and is highly prospective for Pogo-style gold mineralisation. Interestingly the early exploration holes at the now Pogo Gold Deposit and Mine chased narrow near surface vertical veins, drilling inclined holes missing the flat lying thick and high grade gold deposit at depth. It was only later when explorers returned and pointed the rig near vertical, that the Pogo Gold Deposit was discovered. RML will drill a near vertical hole (A13NE) at an ~80deg dip.

The Aurora Prospect is a large-scale, high priority target zone (2km x 5km), with host rocks, surface geochemistry, structures and geophysical signature that make it a look-alike to the Goodpaster Prospect and Pogo Gold Mine (Figure 6*). Drilling is the immediate priority for the Company on the Aurora Prospect.

RML's Echo Prospect in the north of the West Pogo Block is directly down dip from the Goodpaster Prospect and will be advanced in June with airborne geophysical surveys. A 200m line spaced ZTEM survey (250 line km) and 100m line spaced magnetics survey (500 line km) will be undertaken to define further drill collar sites. A single line of CSAMT survey data collected in 2019 identified numerous prospective drill targets, on a narrow corridor through the centre of the Echo Prospect. The airborne surveys will be a cost-effective means to widen the zone of potential drill targets. Ground preparation in July will allow RML to be drill ready for August (Figure 6*).

ZTEM (Z-Axis Tipper Electromagnetic System) is a passive electro-magnetic (EM) technique used to map subsurface resistivity and conductivity. ZTEM can penetrate conductive cover (often causing interference in other EM systems) to depths beyond 1km and is excellent for discriminating subtle resistivity contrasts. The heli-borne magnetic data will be used to define the likely structural controls for mineralisation within the prospect areas. 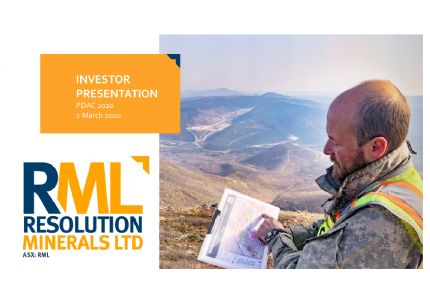 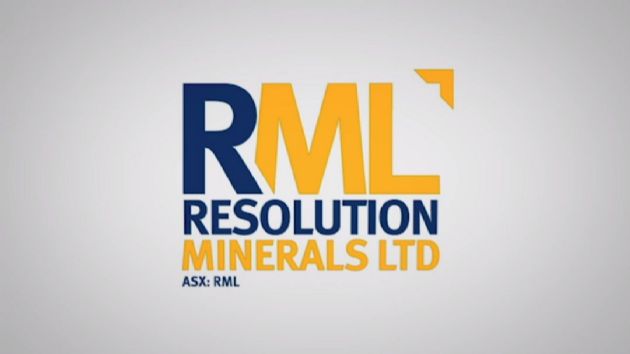