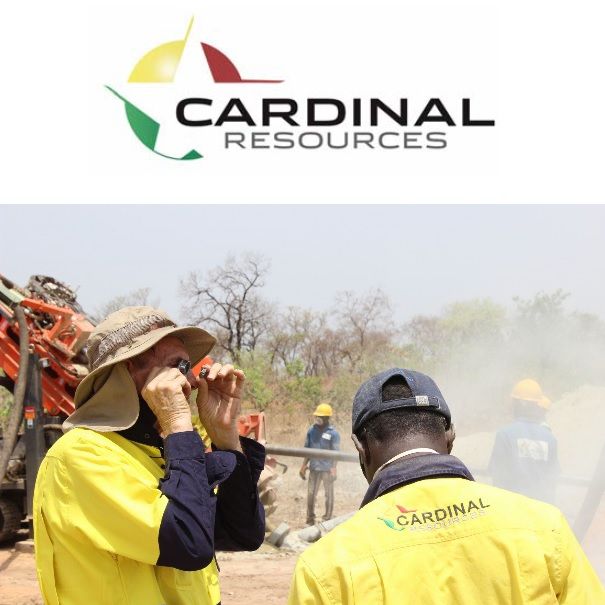 TSE:CDV) is pleased to advise that it has received approval for the expansion of the current Mining Licence from 19 km2 to 63 km2, more than tripling the size of the Mining Licence for its world-class Namdini Gold Project in Ghana.

"It is most pleasing to have the Minister for Lands and Natural Resources and the Minerals Commission of Ghana support our Mining Licence area expansion. The expansion aligns with the Company's plan to not only significantly optimise the location of key infrastructure such as tailings storage facilities, stockpiles and waste dumps but also to further explore financial benefits during the Front-End Engineering and Design (FEED) of the Namdini Project. Further, it allows the Company to expand its exploration activities immediately south of Namdini which has great potential along the southern extension of the Namdini shear."

The Minerals Commission of Ghana has approved a significant expansion of the Namdini Mining Licence. The new Mining Licence area covers a total of 63 km2 which is the maximum allowable area (Figure 1*).

Cardinal is readying for development of the world-class Namdini Gold Project located in Northern Ghana, subject to concluding project development financing. Once developed, the Namdini Gold Project is expected to produce over 360,000 ounces per annum for the first two years of operation and over the life of mine is expected to produce an average of 287,000 ounces per annum. The Definitive Feasibility Study completed in late 2019, indicated compelling economics, including a post-tax NPV5 of over US$958 million which is capable of generating over US$1.55 billion in undiscounted project cashflow (assuming a gold price of US$1,550/oz).

*Cardinal's Project development timetable is outlined in the link below.
https://abnnewswire.net/lnk/H269M2MU

The Company is focused on the development of the Namdini Project with a gold Ore Reserve of 5.1Moz (0.4 Moz Proved and 4.7 Moz Probable) and a soon to be completed Feasibility Study.

Cardinal confirms that it is not aware of any new information or data that materially affects the information included in its announcement of the Ore Reserve of 3 April 2019. All material assumptions and technical parameters underpinning this estimate continue to apply and have not materially changed. 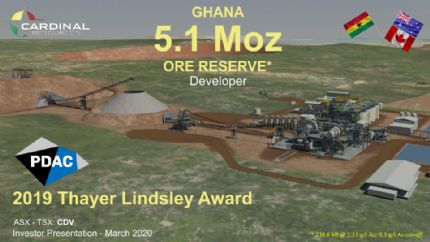 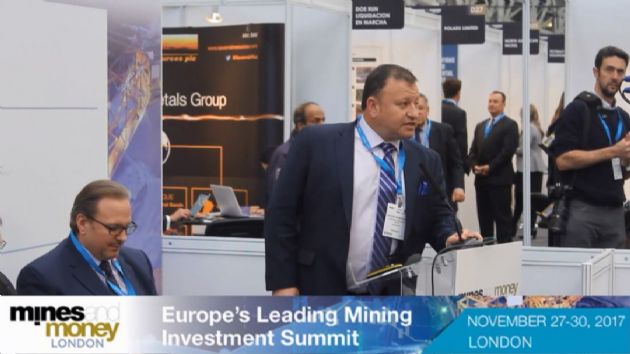 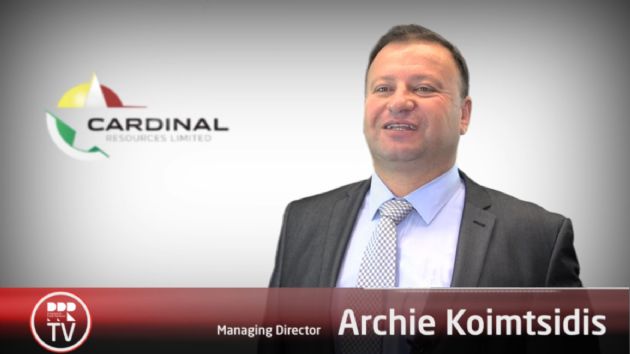 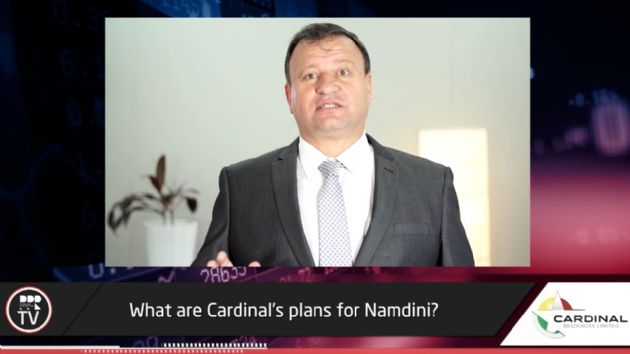 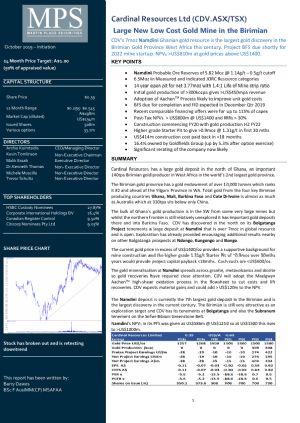