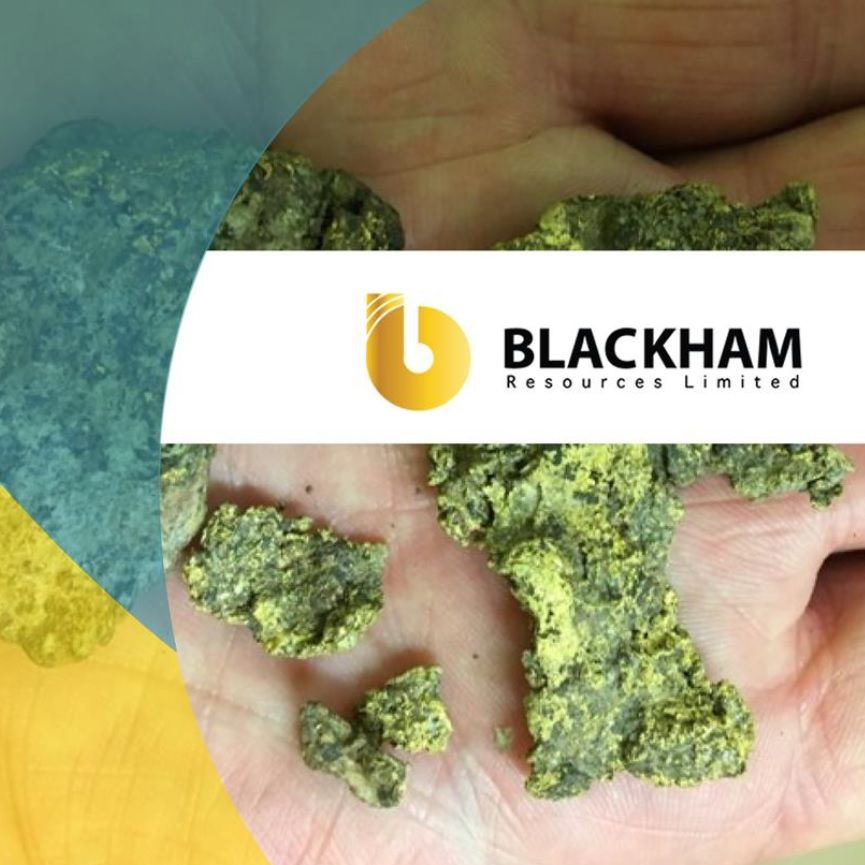 OTCMKTS:BKHRF) is pleased to provide an update of resource and reserve development drilling at the high-grade, free-milling Golden Age ore body at the Wiluna underground mine. Golden Age is currently Blackham's highest-grade producing orebody, and the Company continues to test extensions to sustain or increase this production over the next 12-18 months.

Phase 1 of the Golden Age program has comprised 17 holes for 971.1m. Assay results presented here are for the first 10 holes, assay results for the remaining holes are expected in the coming weeks. Blackham will now proceed with drilling further extensional targets around the Golden Age deposit as outlined in the ASX release dated 13th November 2019.

Drilling has successfully delineated further high-grade footwall mineralisation below the existing Golden Age 1148 development (Figures 1&2*). A significant gold halo can be observed proximal to the high-grade quartz reef. The successful delineation of this additional mineralisation proximal to a location mined by previous owners demonstrates the continuing opportunities to extend the mine life of the Golden Age orebody.

Further underground drilling is planned to infill and extend the footwall structure, and to test targets that may lead to new mining fronts with the potential to increase production from the underground mine (see ASX release 13th November 2019).

Blackham is currently developing an ore drive in Golden Age mineralisation on the 800 level in preparation for stoping this quarter, which is the deepest extent of the Golden Age mine to date (surface is at 1500RL). Below this, isolated pre-Blackham drilling intercepts between the 600RL and 700RL's include AWD0502: 12.9m @ 6.88g/t and AWD0503A: 7.4m @ 7.56g/t (Figure 3*), which show that high-grade mineralisation remains open at depth.

Substantial infill drilling will commence in the coming weeks targeting the 600 to 800RL. If drilling proves successful, Golden Age Deeps has the potential to sustain or increase production above the current rate of 10,000t of ore per month for at least 12 months (Table 1*).

The Golden Age open pit cutback (GAN pit) currently in progress was initiated in October 2019. Waste rock from the cutback and historical in-pit tailings dating from the early 1990's are also being used to cost effectively construct Tailings Storage Facility K. The mineralisation at the Golden Age cut-back remains open at depth with drill intersections beneath the current cutback demonstrating that it may be amenable to underground mining (Figure 3*). An engineering and economic assessment is currently in progress.

The Golden Age ore body is faulted-off across the Bulletin Fault, with modelled displacement of the 'missing' portion in the order of 500-600m. Blocks of Golden Age mineralisation are found along the fault zone, and investigation into historical reports and mapping has yielded backs and face mapping that identifies the Golden Age host dolerite and quartz reef within the Bulletin historical workings (Figure 4*). Two planned holes are designed to intersect the target zone, and if successful the offset portion of Golden Age has the potential to be developed as a new mining front with access from the existing Bulletin mine.

Blackham is also pleased to provide an overview of programs to infill and extend Wiluna Stage 1 sulphide project reserves ahead of the commencement of mining in mid-2020 (see ASX release dated 23rd December 2019).

Significant exploration programs are planned to develop further high-grade reserves ahead of Stage 1 sulphides concentrate production, with priority on areas to be mined in the first 2 years. Drilling has recommenced with mobilisation of an RC rig to site.

Blackham's Stage 1 sulphide expansion project will see underground production ramp up through FY 2021 to 100-120,000oz per annum over an initial 6-year underground mine plan. Wiluna is endowed with a large underground sulphide resource that currently stands at 18.5Mt @ 4.82 g/t for 2.9Moz, including 58% (~1.7Moz) in the Inferred category, which presents the company with substantial reserve conversion and life of mine extension opportunities.

Compelling conceptual targets that have the potential to deliver new shallow high-grade shoot discoveries have been identified. Calvert-sized ore bodies (with a current mining inventory 150koz @ 6g/t) are targeted in several shoot corridors down plunge of previously mined zones. Shoots are known to have formed in a structurally repeated pattern as indicated within the steeply south-plunging shoot corridors and with conjugate north-plunging control shown on Figure 5*.

Figure 5* shows targeted shoot positions on the main East and West structures at Wiluna, which have a combined strike length of 7.5km and host most of the Wiluna sulphide resources and reserves; only limited drilling has occurred in the modelled shoot positions and at depths greater than 500m below surface (1000m RL). Further high-grade +5g/t shoot discoveries within 300m of surface could be quickly brought into the mine plan with substantial mine development already in place including 5 access declines.

Blackham Resources Limited (ASX:BLK) (OTCMKTS:BKHRF) Wiluna-Matilda Gold Operation is located in Australia's largest gold belt which stretches from Norseman through Kalgoorlie to Wiluna. The Operation now includes resources of 96Mt @ 2.2g/t for 6.7Moz Au all within 20kms of the central processing facility. Blackham has consolidated the entire Wiluna Goldfield within a +1,440km2 tenure package which has historically produced in excess of 4.4 million ounces over a 120-year mining history. 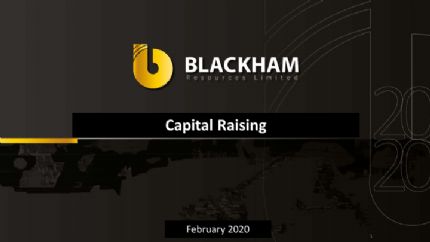