Antofagasta has three business divisions: Mining, Transport and Water, with the first of those being the most important. Antofagasta plc is one of the largest international copper producing companies in the industry.

Today its activities are mainly concentrated in Chile where it owns and operates three copper mines, Los Pelambres, El Tesoro and Michilla, with a total production of 428 thousand tonnes in 2007, at an average cash cost of 31.6 c/lb. Additionally the Company owns the Esperanza Project, which is expected to produce around 200 thousand tonnes of copper and 230 thousand ounces of gold from 2011 onward. 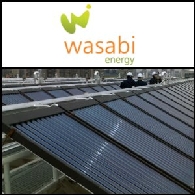