Sundance Resources Ltd is an Australian exploration company focused on mining interests in the Republic of Cameroon, on the central west coast of Africa. Sundance has commenced feasibility study on its 90%-owned Mbalam Iron Ore Project in Cameroon as the basis for developing a global iron ore business. Central West Africa is considered to have the potential to develop into a significant new iron province, underpinned by the Mbalam Iron Ore Project and the nearby Belinga Project in Gabon, under development by the China National Machinery and Equipment Import and Export Corporation. WA-based Sundance has been listed on the Australian Stock Exchange since 1993 and is also traded on over-the-counter markets in Frankfurt, Berlin, Hamburg, Stuttgart and Munich. 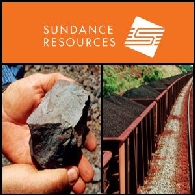 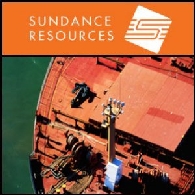 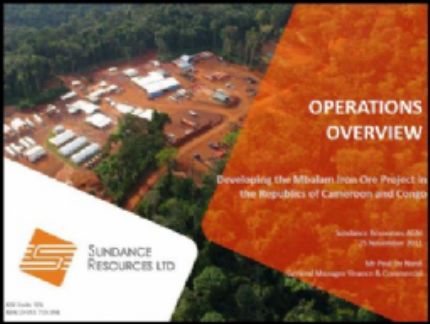