Ivanhoe Mines Limited (TSE:IVN) (NYSE:IVN) is a Canada-based international mining company with operations focused in Central Asia and the Asia Pacific region. The assets of the Company include Oyu Tolgoi Copper and Gold Project in southern Mongolia, its Cloncurry Iron-Oxide-Copper-Gold Project in Queensland, Australia and its Bakyrchik Gold Project in Kazakhstan. Ivanhoe Mines also owns 80.5% of SouthGobi Energy Resources (SouthGobi). SouthGobi is developing the Ovoot Tolgoi Coal Project in southern Mongolia. In May 2008, the Company announced that it has completed the previously announced sale of its 42% control block in China gold producer Jinshan Gold Mines to a wholly owned subsidiary of China's national gold-mining conglomerate, China National Gold Group, of Beijing.

Armada Metals Limited is pleased to announce that it has engaged Canaccord Genuity Group Inc, and PAC Partners to act as joint lead managers for the Company's initial public offering (IPO), to raise up to A$10 million through the issue of new shares. 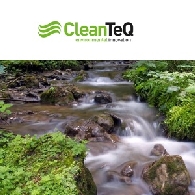 Clean TeQ Holdings Limited (ASX:CLQ) is pleased to announce it has acquired the Syerston Project in central New South Wales from a wholly owned subsidiary of Ivanhoe Mines Ltd (TSX:IVN). 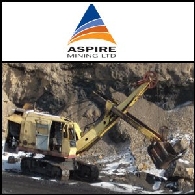 Aspire Mining Limited (ASX:AKM) (PINK:ASPXF) is pleased to announce it has entered into a binding agreement with SouthGobi Resources Limited (TSE:SGQ) (HKG:1878), a leading Mongolian coal producer, that encompasses a A$20.1 million placement and strategic partnership. 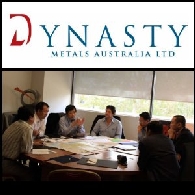 Dynasty Metals Australia Limited (ASX:DMA) advises that top-level representatives of Geo-Exploration & Mineral Development Bureau of Ning Xia, a State owned Chinese exploration company, are conducting a series of negotiations in Perth this week regarding Dynasty's uranium and base metal projects.

The Australian shares Monday delivered a weak opening but closed higher for a third consecutive day. Gold stocks led the gains in a quiet session. The benchmark S&P/ASX200 index was up 13.6 points, or 0.31 per cent, at 4,409.9 points, while the broader All Ordinaries index gained 15 points, or 0.34 per cent, to 4,429.5 points.

The Australian market Wednesday ended the last trading session of the 2010 financial year in a negative territory. The market clawed back some ground from the sharp loss in early trade. At the close, the benchmark S&P/ASX200 index fell 44.2 points, or 1.02 per cent, at 4,301.5 points, while the broader All Ordinaries index was down 45.8 points, or 1.05 per cent, at 4,324.8. 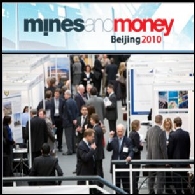 Mines And Money Is Launched In Beijing 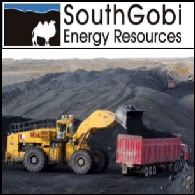 US stocks fell on Friday led by financial sector as JPMorgan Chase reported heavy fourth-quarter losses on mortgage and credit card loans. Shares in Intel also declined despite it reported a biggest gross profit margin in its history, as investors grew fearful that the stock may be near its peak. For the week, Dow index fell 8.54 points, or 0.08%. 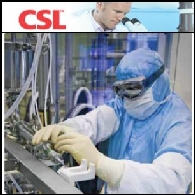 Australian Market Report of October 14: Profit-taking Ahead of US Corporate Earnings

US stocks closed mixed overnight as investors took profit ahead of the wave of corporate earnings offset the news of an acquisition in technology sector. Dow index ended slightly lower while the tech-heavy Nasdaq composite was up on Cisco's deal to purchase Starent Networks. 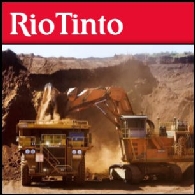 Overnight Wall Street extended its gains on Reserve Bank of Australia's unexpected decision to raise the official interest rate. Investors saw the first rate hike in advanced economies since the global financial crisis as a key indication of recovery. The move also pushed commodities higher with gold soaring to a record.